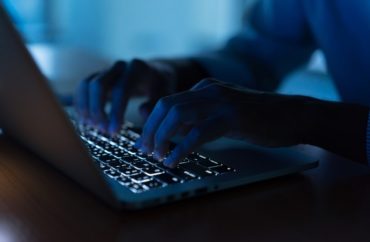 The California Community Colleges system continues to face an unknown amount of application and financial aid fraud as officials work to put in place a variety of solutions to address it, such as updated software programs and new requirements for campuses to better report data to oversight agencies.

The “fake students” financial aid fraud scam is costing taxpayers anywhere from hundreds of thousands of dollars to several million dollars, and one whistleblower professor told The College Fix she recently discovered a new method scammers use to obtain funds illegally.

Kim Rich, a criminal justice professor at Pierce College, told The Fix that over the past few weeks she has discovered a new method scammers are using: duplicating student IDs.

Within a seven-day period from March 8 to March 15, Rich said she found that 620 out of 1,740 newly issued student IDs were duplicates and fake, about 36 percent; assuming every fraudulent application receives $5,000 in aid, the potential total loss comes to $3.1 million.

That’s just one week, at one college, with easily identifiable fake students, she said.

“There are likely hundreds more in that specific time frame, but those were just the easy ones to identify,” Rich said.

Other anomalies in the data also point to significant levels of fraud in the system. In a separate April 28 search of 2,096 new student IDs issued over a 60-hour period, Rich found, in the middle of the spreadsheet, a sequence of 434 IDs where every student name was in alphabetical order.

“I think it would be safe to say those 434 are fake students,” she said.

As The College Fix reported last fall, the California Community Colleges system is being overwhelmed by thousands of fake students, or “bots,” applying and enrolling in classes to scam money from financial aid.

More recently, 40 percent of campuses in the system—including all nine within the Los Angeles Community College District—failed to provide information required by the Chancellor’s Office in August 2021 as it looks into the problem, the Los Angeles Times reported in March.

California Community Colleges Vice Chancellor of Communications Paul Feist told The College Fix in April that “specific metrics regarding fraud are not currently available.” The Chancellor’s Office requested colleges to provide data regarding fraud in at least three memos over the last year, and the data is still being compiled, he said.

Though the Chancellor’s Office requested data on multiple occasions, Feist said it “currently does not have the legal authority to require colleges to report the data we are requesting.”

“In May the Board of Governors will vote on a new regulation that provides that authority, and a more comprehensive picture is expected to result from additional reporting,” he said.

Rich, the criminal justice whistleblower professor, said she found duplicates of student ID numbers belonging to real students from her old class rosters, some as far back as Fall 2017.

Other known fake students, which she found and told the college about back in August, remain in the system, though no longer enrolled. These “fake profiles” steal images and identities of people they find online, she said.

Aside from the monetary loss, Rich said it is troubling how hackers have been able to access student information and enter the online classroom.

The Institute for College Access & Success reports that the average California Community Colleges system student under 24 who receives aid is given $3,165.

Rich said that although she cannot 100 percent guarantee that each fake student received financial aid, the staggering estimate raises questions—especially in light of the district’s failure to release data or respond to repeated inquiries.

“There’s still been zero communication about this to anybody in our district,” said Rich, who teaches in the Los Angeles-based district.

Obstacles to bringing the issue to light have only increased. Since last November, Rich has lost her position as a DE specialist and resigned from department chair due to a “lack of collegiality” surrounding this problem and others.

In addition to filing a grievance against her college, Rich said she also reached out to all members of the State Assembly Higher Education Committee and did not hear back.

The Los Angeles Community College District, Pierce College, and the office of Committee Chair Jose Medina did not respond to The College Fix’s request for comment.

‘Required to report all fraud to the Department of Education’

A January 31 memo from CCC Vice Chancellor of Digital Innovation and Infrastructure Valerie Lundy-Wagner reminded colleges that they are “required to report all fraud to the Department of Education, Office of the Inspector General.”

The memo also expanded steps the system is taking to eliminate the problem.

Gov. Gavin Newsom’s 2022-23 budget proposal includes “$25 million in ongoing and $75 million in one-time funds toward modernization of technology, including as it relates to the protection of sensitive data,” the Jan. 31 memo also notes.

If this funding is approved, Feist said that the district plans to redesign CCCApply to modernize the spam and fraud filter.

Jory Hadsell, interim vice chancellor of technology in the Foothill-De Anza Community College District, also confirmed to The College Fix fraud attempts are ongoing, but reports a successful software program is abating it.

“Unfortunately, we continue to see a rise in highly suspicious attempts to enroll in courses,” he said. “That said, the fraud detection system in place at Foothill-De Anza, which our team developed, has been working quite effectively to help us detect and stop fraudulent enrollment attempts and efforts to cheat our colleges out of precious student financial aid resources.”

“Some other districts have adopted our model, and in March 2022 our FHDA Fraud Prevention Team was awarded the Technology Excellence Award from the Chief Information Systems Officers Association for the California Community Colleges.”

Rich said she believes the system needs to be scrapped entirely.

“CCCApply has been so corrupted it doesn’t make sense that the State Chancellor’s Office won’t simply shut it down,” she said. “It’s apparent that almost after a full year of the ‘extreme’ hacking that the application system cannot be fixed. But they are asking for more money to ‘fix’ it and will likely receive it.”