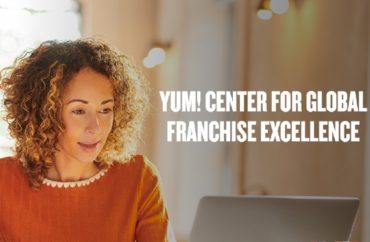 The Department of Education has opened two investigations into the University of Louisville and Howard University for possible discrimination against white men.

The federal investigation by the Office for Civil Rights stems from a program that Yum! Brands offers to help increase the representation of women and racial minorities in the franchise restaurant industry. The company operates Taco Bell, KFC and Pizza Hut.

The Fix contacted OCR attorneys Bradley Moore and Arati Jani on March 23 to ask for an update on the investigations but did not receive a response.

The two universities joined with the fast food corporation to create the Yum! Franchise Accelerator MBA program at the University of Louisville.

The Kentucky university teamed up with the corporation in 2021 to “unlock opportunity in the franchising industry and create a level playing field for the underrepresented people of color and women.” The program is part of a broader investment in helping everyone, except white men, learn about business.

Ten students from the two universities will participate in this program while they finish their MBA. In addition to offering the students mentorship and financial help, the program provides an opportunity for two students to potentially become future Yum! Franchise owners.

Currently the program has six students from Howard and four from Louisville.

The Fix asked Howard University, the University of Louisville and Yum! Brands if they were aware of these investigations and if their legal team had reviewed the legality of the program beforehand.

“The University is aware of this complaint. It is currently being reviewed,” Louisville communications director John Karman told The Fix on March 16. He did not respond to a follow-up email on if an attorney had approved the program.

Howard University did not provide further information. “We have no comment. Thank you,” chief spokesperson Frank Tramble told The College Fix on March 18.

Yum! Brands spokesperson Rick Maynard did not respond to three emails sent in the past week. While he would not respond to questions on if an attorney had reviewed the program before its launch, it seems likely one did.

The company’s Chief Legal Officer Scott Latlett stated in 2021 his employer “is proud to work with both [universities]” to “train and advance underrepresented people of color and women entrepreneurs.”

Initially, we thought they were unaware. This is not the case.

Here is Pizza Hut & First Book explicitly supporting the CRT curriculum and what it looks like in the classroom. pic.twitter.com/XGptdM5Gks

Pizza Hut teamed up with American University’s Antiracist and Policy Research Center in summer 2020 for an event on “racial equity” in the classroom.

The materials will assist educators as they “navigate conversations about race and racism.”