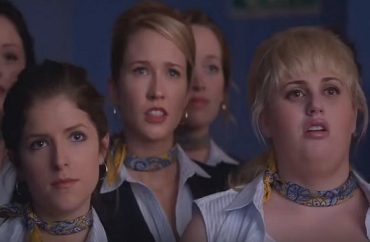 A “record number” of buzzkills, er, women and “gender nonbinary” students at Yale auditioned for the (gasp!) all-male a cappella group Whiffenpoofs last week because, apparently, anything “all-male” is inherently anathema.

The Whiffs, “one of the most prestigious a cappella groups in the United States,” last November chose to remain exclusively male.

However, as the Yale Daily News notes, this did not thwart females and “nonmales” from protesting that policy during their auditions.

Although conceding that her audition with the Whiffs was a “positive experience,” student Sydney Garick used her try-out time to criticize the group’s male-only tradition.

Auditionee Dhikshitha Balaji added that “the environment in the audition room was ‘definitely not super comfortable.’”

[A] gender nonbinary student who auditioned in the early hours of Monday morning told the News that four Whiffs walked out in the middle of the audition as the student stood in silent protest rather than performing a solo.

“Another member of the group asked them, if they were going to leave, could they do so more quietly,” said the student, who requested anonymity, adding that one of the four exiting Whiffs said they were “not respecting [the group’s] time.”

In a statement to the News on behalf of the Whiffs, Whiffenpoofs Musical Director Solon Snider ’18 said the walk-out was a result of the student “not properly signing the mandatory contract required prior to every audition.” …

MORE: The really dumb reason this a cappella campus group changed its name

Rebecca Young ’18 — a member of the mixed-gender a cappella group Red Hot and Blue who auditioned for the Whiffs on Wednesday — said the notion that integrating the group would undermine [the all-female] Whim ’n Rhythm’s success does not take into account that many women prefer co-educational musical settings.

“My feminism doesn’t look like holding people hostage to a group that they don’t want to be in, simply by virtue of ‘girl power,’” Young said.

She added that gender nonbinary people might feel uncomfortable both in an all-male space like the Whiffenpoofs and all-female one such as Whim ’n Rhythm.

To be sure, the Whiffs do have their female defenders.