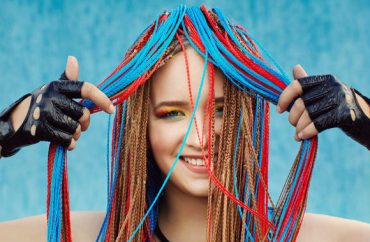 A Hampshire College female basketball player allegedly went much further, assaulting players on a competing team because they were wearing braids, the Daily Hampshire Gazette reports.

According to court documents, Carmen Figueroa told some Central Maine Community College players to remove their braids because they amounted to “cultural appropriation.”

She started a fight with one of the players when they declined her request; “kicked and stepped on” another player who had been attacked by an “unknown” Hampshire student; and then Figueroa threw another player to the ground who had tried to help her teammate on the floor, police said.

Figueroa pleaded not guilty Friday to disorderly conduct and two varieties of assault and battery, one of them “with a dangerous weapon.” The Gazette doesn’t say what the weapon was.

Now, anyone with any logical ability whatsoever should be able to understand that it takes a very long time to unbraid tight, cornrow-style braids, which means that Figuera’s take-them-out-now demand was absurd on a practical level as well as on a philosophical one. …

[N]o one has the right to demand that another person in our free country not wear her hair in a certain way, and so just deciding to appoint yourself as the Social Justice Hair Police is really not a thing you can do here. …

[R]egardless of whatever your diversity training has taught you about braids or earrings or anything else, just what in the the hell are you experiencing mentally that leads you to decide that assault is the appropriate action physically? … If a white kid were to show up to a basketball game wearing cornrows, hoop earrings, and a costume that’s half geisha and half sexy-Pocahontas, you still wouldn’t have the right to assault that person.

MORE: College mandates diversity training after someone made fun of braids