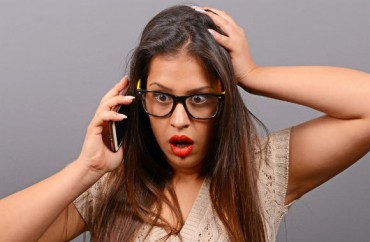 Feminism on college campuses has become “closed off” from the real challenges and dangers for women around the world, a British ex-feminist told The College Fix on a swing through the states last week.

Young feminists are feigning outrage whenever someone simply disagrees with them and glossing over issues that could be genuine topics of unrest, such as geographical lack of access to family planning services, said Ella Whelan, a staff writer for London-based spiked magazine.

Whelan spoke at a campus free speech conference in Washington and met with The Fix at Columbia University to discuss third-wave feminism and its apparent hostility to free speech. She described spiked as “left of the left” in the European sense – it often finds itself in direct opposition to now-ubiquitous protests on American and British campuses. Its motto, “Humanity Is Underrated,” also runs in contrast to modern strains of liberalism, Whelan said.

A “self-obsessed” form of feminism is giving young women a false picture of what oppression against women actually looks like, Whelan said. She can “no longer” call herself a feminist because third-wave feminism always seems to prop up a “victim complex” and identify a faceless, monolithic “patriarchy” as constantly threatening women. The new mantra of feminism, Whelan said, should be “I’m down in the dirt – help me get up!” It’s a credit to how well women are treated today that modern feminism is a “bullshit movement” that doesn’t take on real oppressors. “Real change comes from violent, revolutionary action,” and history shows that if a group were really being oppressed, it would rise up to force change, Whelan said.

She shared her own trouble getting in touch with feminist groups in New York for her own research: They either “flaked” or “weren’t organized enough” to meet with her. Whelan asked rhetorically why a broad-based movement with a supposedly clear agenda, representing the same oppressed people, would be so unclear on its ultimate goals.

In the very places where feminists should be debating and honing their views – college campuses – they have been left to their own devices, weakening their arguments, Whelan said.

She’s not the only spiked staffer to take on campus culture. Education Editor Joanna Williams, director of the Centre for the Study of Higher Education at the University of Kent, just released her book Academic Freedom in an Age of Conformity, which she previewed for The Fix last fall.

Williams told Inside Higher Ed that professors who “preach a political position rather than teach a subject” become dangerous when “all the academics in a department or in a discipline share a political stance.”

Their students are denied the opportunity to hear different perspectives and they are taught that academic knowledge is simply “ideology or an expression of a power relationship,” Williams said.

Universities are shortchanging students when they prioritize gender and ethnic diversity over intellectual diversity, Williams said: “With a politically and intellectually diverse faculty, it is less of an issue if professors share [students’] views.”