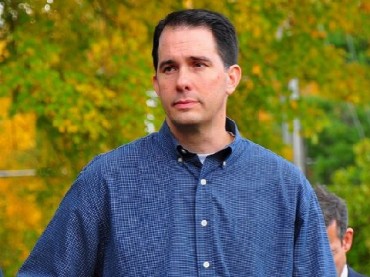 Several left-leaning news sites recently reported that Wisconsin Gov. Scott Walker wants universities to stop reporting instances of sexual assault to the feds – a factually incorrect assumption that spread across the Internet like wildfire before the stories were retracted.

It began with an inflammatory article published by Jezebel on Friday that falsely claimed Wisconsin Gov. Scott Walker “wants colleges to stop reporting sexual assault.” It came after the Wisconsin Legislative Fiscal Bureau released an analysis of Walker’s 2015-17 budget proposal on Thursday, which showed the deletion of a requirement that forces campuses to report incidences of sexual assault to the Department of Justice.

From this, Jezebel wrongly concluded that Walker is against reporting cases of sexual assault, and suggested as much in its initial report Friday.

The Daily Beast soon after tweeted, “Scott Walker’s proposal to delete the requirement that universities report sexual assault is causing him big trouble.”

In an article written by a University of Wisconsin college columnist, the Daily Beast also reported “Wisconsin Gov. Scott Walker has proposed that universities no longer be required to report the number of sexual assaults on campus to the Department of Justice.”

Phoenix Rice-Johnson, vice chair of College Democrats of Wisconsin, released a statement Friday describing the deletion of sexual assault reporting requirements in the budget as an “attack on student safety” that risks making the campus rape “crisis” across our nation worse.

She argued that this move shows the governor’s “reckless leadership.”

It soon became apparent, however, that these reports were all based on inaccurate information.

A UW spokesperson came forward soon after these stories broke saying that it was the university that pushed Walker to delete those measures from the budget.

According to UW system spokesman Alex Hummel, the university asked the governor to remove the language from the budget because federal law already mandates campuses to provide the information. Universities are also required to post this information on their website.

Hummel told The Associated Press “student education and mandatory reporting are important practices also built in, and those practices are going to continue on our campuses…We are not lessening our commitment here or at our institutions one iota.”

Walker’s office confirmed that the deletion of the language on sexual assault in the UW campus budget proposal in no way changes the laws regarding how these crimes are reported. The Clery Act and Title IX and one state stature will continue to require universities to report acts of sexual assault on their campuses, regardless of language used in the budget.

At first the Jezebel writer refused to apologize and retract her story, Tweeting “I am not going to apologize for what was in the budget,” Twitchy reports. Eventually, both the Jezebel author and The Daily Beast retracted their stories, however.

When The College Fix reached out to Rice-Johnson of College Democrats of Wisconsin over the weekend, she neither commented nor retracted the statement she wrote on behalf of her group on the sexual assault reporting requirements in the budget.