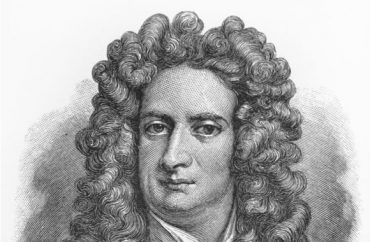 A feminist academic from the Netherlands has written an article melding the worlds of quantum physics and intersectionality in a journal published by Duke University Press.

Whitney Stark argues in support of “combining intersectionality and quantum physics” to create “different perspectives on organizing practices” conducted by “marginalized people,” and to enable “safer spaces,” in the latest issue of The Minnesota Review.

She is a listed as a “current researcher” in the Somatechnics Research Network, hosted by the University of Arizona, whose scholars “reflect on the mutual inextricability of embodiment and technology.”

Stark identifies “classical Newtonian physics” as one of the guiding sciences at the heights of Western imperialism, “which identifies separated beings and absolute differences between particles and waves, space and time.”

“This structural thinking of individualized separatism with binary and absolute differences as the basis for how the universe works… is embedded in many structures of classification,” according to Stark.

These structures of classification, which separate humans, include gender (such as male or female) and national borders, according to Stark.

Stark goes on to argue that “the arbitrary exceptionalism or fetishizing understanding of (human) bodies as segmented integrities … is part of the apparatus that enables oppression.

‘I, being white, should not be in all spaces’

Stark also argues that the tendency to categorize people has historically hurt activism efforts by small minority groups, since their efforts are often subsumed or overshadowed by dominant identity groups.

The problems that arise when small minority groups are overshadowed by larger identity groups can be seen clearly when considering black feminist history.

“For instance, in many ‘official’ feminist histories of the United States, black/African American women’s organizing and writing are completely unaccounted for before the 1973 creation of the middle-class, professional National Black Feminist Organization,” Stark writes.

This happened because of “the frequent subsuming of intersectional identities under supposedly encompassing meta-identities,” namely, the tendency for black feminist resistance efforts to be subsumed under the broader category of feminism.

Therefore, the efforts of black feminists were often denied legitimacy within the popular press — all due to black women’s classification within binary hierarchies that privileged white women and whiteness, and therefore negated black women’s existence and efforts.

“For instance, I, being white, should not be in all spaces, positions of authority, or meetings,” she said, because her presence could “stall” movements towards progress.

Stark concludes her paper by hoping that the apparatuses of oppression change.

“Perhaps with the additional alliances of these thought structures and terminologies, apparatuses can shift toward differing energy gatherings that help to enable space for difference from/for/by difference,” she wrote.

The article was published in the “Critical Special Focus” section of the journal, which in this issue is devoted to “New Materialist Genealogies.” The Minnesota Review, which is managed out of Virginia Tech, also has a creative-writing section. The editors did not respond to a request for comment on their decision to accept the article for publication.

Stark did not respond to multiple email and Facebook requests for comment from The College Fix before this article was published.

In an extended back-and-forth with The Fix after this article was published, Stark declined to clarify the mix of positions and affiliations on university pages that mention her, saying her LinkedIn profile explains it.

She said she does not have an appointment with the University of Arizona. UA’s Institute for LGBT Studies lists her on its “Somatechnics Research Associates” index page and says her “department” is women’s and gender studies.

It’s not clear whether that refers to a department at UA or Utrecht University, where Stark’s humanities staff page calls her an “affiliate researcher” in gender studies.

Stark told The Fix she is a “researcher affiliated” with Utrecht, though her LinkedIn page does not mention any current or former research position tied to Utrecht. It says she received her master’s degree in gender and ethnicity from “GEMMA/Central European University/Utrecht University” in 2013. Utrecht did not respond to a Fix query about Stark’s status there.

Her only current position on LinkedIn is “Media and Communications Consultant, Freelance.”

Stark also told The Fix she does not have a master’s degree in “Cyborg and Post Colonial Theory.” Her current LinkedIn page says she has “MA/ECTS credits” (master’s degree and European Credit Transfer and Accumulation System credits) from “Network Of Interdisciplinary Women’s Studies in Europe, Utrecht University,” in 2009.

The Fix sent Stark three queries about whether she had any master’s degree in any subject. She declined to clarify.

She declined to answer whether she has any academic experience in physics. “You have more than enough information to create a factual article,” she said.

CORRECTION: The article headline and body have been revised to accurately characterize the nature of Whitney Stark’s argument. She argues that “combining intersectionality and quantum physics can provide for differing perspectives on organizing practices long used by marginalized people,” and that doing so can enable “apparatuses that allow for new possibilities of safer spaces, and for practices of accountability” within activism movements. The article initially misstated Stark’s credentials. She has studied Cyborg and Post Colonial Theory at Utrecht University but does not have a master’s degree in the subject.