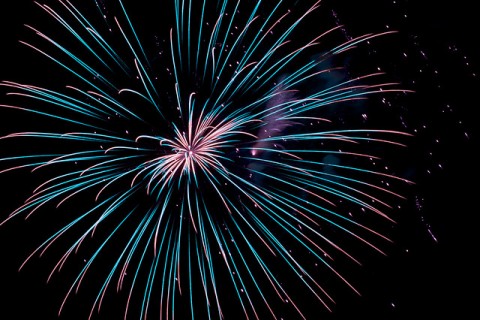 Did you know that fireworks are actually a “propaganda campaign that inures us—especially the children among us—to the real wars half a world away”?

That’s according to Bill Bigelow of Rethinking Schools magazine and the Zinn Education Project, who calls fireworks “pretend war”:

Apart from the noise pollution, air pollution, and flying debris pollution, there is something profoundly inappropriate about blowing off fireworks at a time when the United States is waging war with real fireworks around the world. To cite just one example, the Bureau of Investigative Journalism in London found recently that U.S. drone strikes in Pakistan alone have killed more than 200 people, including at least 60 children. And, of course, the U.S. war in Afghanistan drags on and on.

Kyle Olson of Education Action Group calls BS on this:

Fireworks have been a staple of Independence Day celebrations since the earliest years of the republic. The tradition dates back to July 3, 1776, when John Adams wrote a letter to his wife, suggesting that that America’s birthday “ought to be solemnized with pomp and parade, with shows, games, sports, guns, bells, bonfires, and illuminations, from one end of this continent to the other, from this time forward forever more.” …

The real problem is that too many Americans, particularly youngsters, have little idea what the Fourth of July commemorates. They light off fireworks because they think it’s fun, not because they have the first clue that they’re celebrating their nation’s independence.

That’s due to the influence of teachers like Bigelow. They would rather make students feel guilty about being Americans than encourage them to appreciate the great things about their nation.