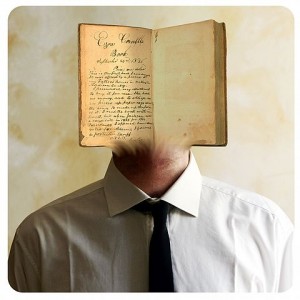 Have you missed reading some of the classics of western civilization? You’re not alone. Increasingly, students aren’t even asked to read many of the books that shaped our intellectual history. Consequently, we are less likely than ever to understand where our political and moral ideas come from. Fortunately, it’s never too late to dust off that old bookshelf and rekindle one’s literary fires. In honor of back-to-school season, I’m proposing a list of five key literary classics that every smart person should read.

• Homer’s Odyssey: Recently I visited a local Barnes & Noble to sign copies of my new book, and I came across a middle-aged man who was buying Homer’s Iliad and Odyssey. Turns out, he had always wanted to read them but had never gotten around to it. These long-form, epic poems are among the oldest works known to man. Sequentially, The Iliad comes first in the series, but if you’re new to Homer, The Odyssey is a more accessible place to start. Major themes include war, heroism, and the Greek concept of fate.

• Plutarch’s Lives: Plutarch was a Greek-born Roman citizen who lived in the first century A.D. His Lives of Noble Romans and Greeks consists of parallel biographies of great figures from Greek and Roman history, arranged by common moral themes. Covering dozens of key figures — such as Pericles, Alexander the Great, and Julius Caesar — Plutarch’s work illuminates the moral assumptions of Greco-Roman society, by focusing on the vices and virtues of each great leader.

• The Bible: Whether you are a religious person or not, it’s important to realize that The Bible has shaped western civilization more than any other book. If you don’t understand it, then you don’t understand the world you live in. Actually made up of sixty-six smaller books, The Bible is very long and can be a bit much to tackle from beginning to end. Instead, start with a survey of several smaller books. These include Genesis (the creation story and early history of the Jewish people), Psalms (150 Hebrew lyrical works constituting some of the best poetry ever written), The Gospel of John (the story of Christ), and Romans (writings on themes of sin and redemption from Apostle Paul).

• Dante’s Divine Comedy: An allegorical journey through hell, purgatory, and paradise, Dante’s Divine Comedy is a highly imaginative and influential work. It explores great theological and philosophical themes, such as the nature of love and the soul, and the origins of political authority. Dante’s writing is rich with symbolism and metaphor. (Helpful hint: You can download free and entertaining lectures on the Divine Comedy from Yale University, taught by one of the world’s leading Dante scholars.)

• Shakespeare’s The Tempest: Shakespeare is indisputably the greatest writer in the history of the English language. The Tempest features him at the peak of his powers. It was the last play he wrote and, some say, the best. Power is a central theme, along with innocence and corruption, and human mortality. As Prospero puts it, “We are such stuff as dreams are made on; and our little life is rounded with a sleep.”

This list of great books is only a starting point, and is far from exhaustive. The important thing is to get started somewhere. By cultivating a habit of reading great literature you can gain insight into the great moral and political debates of our time. You know what you believe, but do you know why? Great literature, because it asks big questions and communicates big ideas, stays relevant, even if it is very old. You will be richer, wiser, and smarter if you make classic literature a regular part of your life.

Which classic books would you put in your top five?