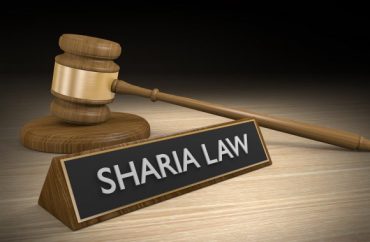 At a Muslim Students Association-sponsored “Islamophobia” conference at Florida Atlantic University this past Tuesday, one of the school’s professors, the Computer and Electrical Engineering Department’s Bassem al Halabi, attempted to justify the Sharia Law practice of chopping off a thief’s hands in that … it will ultimately reduce crime.

As you might expect, this caused a bit of consternation among those in the audience (is that “Islamophobic”??), so an Islamic scholar seated next to al Halabi quickly interjected to “clarify” what the professor had meant: He was referring to Islamic State (ISIS) law, and not anything that would apply here in the United States.

Is that so? You be the judge.

Where there is no Sharia, Islamic Sharia, they die in dozens and hundreds every day because of organized crime. People kill people, other people or steal pizza for $10 and so – so when Islamic Shariah is saying about capital punishment – so even though it sounds like it is severe but if that is the solution to prevent any crimes, then it still has a lot of rules and regulations. I will just mention one and stop here, which is let’s say cutting off the hands of a person if they steal. It sounds very severe. It sounds very barbaric, I know. But if takes one or two people to have their hands cut off, and then there’s no more stealing and there’s no more stealing in the whole nation – that’s a much better resolution than having hundreds of people die every day.

According TUW, the professor has a record for battery and assault (on a United West employee) and was subsequently ordered to complete an anger management course. He also was found guilty of sending “thermal imaging devices” to Syria, and is a “colleague of, and co-author with” convicted terrorist Sami al-Arian.