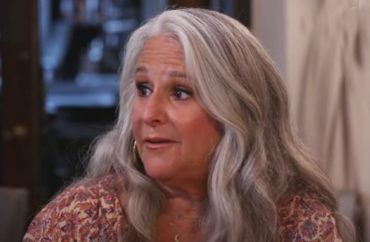 ‘I’ve been working really hard to become an ally, an anti-racist,’ Marta Kauffman stated in an interview

The co-creator of the TV show “Friends” announced she would give $4 million to Brandeis University for a professorship in African and African American Studies in order to advance her own “anti-racist” views and atone for past racism.

“It took me a long time to begin to understand how I internalized systemic racism,” Marta Kauffman stated in the news release put out by her alma mater. “I’ve been working really hard to become an ally, an anti-racist.”

The donation “seemed to me to be a way that I could participate in the conversation from a white woman’s perspective,” she stated.

“I hope it becomes the leading AAAS department in the country,” Kauffman (pictured) stated in a video put out along with the announcement.

Brandeis founded the department in 1969. Eleven undergraduate students graduated from the African and African-American Studies department in 2021, according to the diploma ceremony.

“It is the first endowed professorship in the program, which means it will ensure the study of African and African American culture, history, and politics for generations of Brandeis students—something more critical than ever,” President Rob Liebowitz stated in the announcement.

“The gift will also help the department to recruit more expert scholars and teachers,” the university announced. The donation will help “map long-term academic and research priorities and provide new opportunities for students to engage in interdisciplinary scholarship.”

The College Fix reached out to twice via email in the past two weeks to Chad Williamson and Faith Smith, two professors in the AAAS Department to ask for more information on the goals for the donation.

Neither responded, nor did department administrator Betsy Plumb.

The Fix also emailed spokesman David Eisenberg for further information on the goals of the endowment and if it included boosting enrollment in the department. He did not respond.

In addition to the $4 million donation to Brandeis, Kauffman’s self-reflection on her racism has also led to further apologies. She has also apologized for not using the correct pronouns for a character in “Friends.”

“We kept referring to her [Chandler’s transgender parent] as ‘Chandler’s father’, even though Chandler’s father was trans,” Kauffman stated in a recent interview. “Pronouns were not yet something that I understood. So we didn’t refer to that character as ‘she’. That was a mistake.”

Criticism over lack of racial diversity on her hit show also led to apologies.

“Admitting and accepting guilt is not easy,” Kaufmann told the Los Angeles Times on June 29.

“It’s painful looking at yourself in the mirror. I’m embarrassed that I didn’t know better 25 years ago,” the show creator told the newspaper.

She has promised to crack down on offensive comments. Kaufmann told BBC that she fired a staffer for making a joke about a transgender person.

“It’s very important to me that where we are is a safe place, a tolerant place, where there’s no yelling,” she stated, in reference to her show “Grace and Frankie.”

“I fired a guy on the spot for making a joke about a trans cameraperson. That just can’t happen,” she told the interviewer.