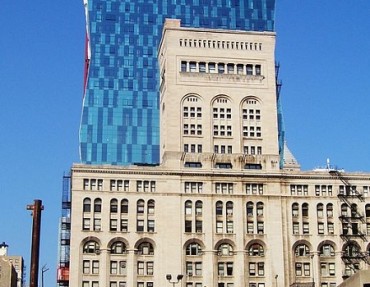 When Robert Klein Engler–a conservative professor at Roosevelt University–was fired from his position, he was upset. He was frustrated. And he was completely in the dark.

University officials refused to specify exactly why he had been let go, and did not divulge the details until two months after the firing, in August of 2010. The reason? He told a politically incorrect joke. Now Engler is suing the university and its union for failing to protect his academic freedom.

“After many written requests to know the charges against me so I could prepare an adequate defense, they refused to cooperate,” Engler said. “If the RU administration had just told me and the union what the false and baseless charges were, then this whole matter would have evaporated like dew on the grass when sunlight warms the morning.”

He is now suing both Roosevelt University and the Roosevelt Adjunct Faculty Organization, the union that he claims failed to protect his interests.

Engler had taught at Roosevelt University since 1999. In May 2010, he was told to attend a meeting to discuss a harassment complaint from “one or more students,” but the university would not tell him the nature of the complaint. Engler was fired in August of 2010 on the grounds that he would not participate in the investigation of the student’s complaint.

It took months for the university to explain the nature of the harassment charge, and it involved only one student, who had complained about a joke Engler made in his City and Citizenship course. The joke was told during a discussion of Arizona’s immigration law. In jest, Engler said, “A group of sociologists did a poll in Arizona regarding the state’s new immigration law. Sixty percent said they were in favor, and 40 percent said, ‘No hablo Ingles.’”

A single student was sufficiently offended to complain to the department head. At that point, the complaint became a harassment charge—a point Engler refuses to concede.

“No reasonable person believes reporting a joke in class is harassment,” he said.

Upon hearing the reason for the harassment charge, Engler appealed to the Roosevelt Adjunct Faculty Organization. The union promised to help him, and said that refusal to cooperate with a university investigation was not sufficient grounds for termination. But RAFO gradually ceased communicating with Engler and “at some point dropped any adversarial pretense and simply colluded with Roosevelt,” according to the lawsuit.

“Despite the union’s efforts to urge Mr. Engler to attend the meeting and receive union representation, Mr. Engler refused to attend and was eventually terminated for failing to cooperate with a university investigation,” said a union spokesperson. RAFO is “confident that Mr. Engler’s latest claim will also be dismissed.”

According to the website for Engler’s defense fund, the lawsuit is about “standing up and seeking fair treatment against two powerful forces: politically correct academia, and an arrogant union establishment that long ago lost sight of its proper mission.”

Fix Contributor Julia Dent is a freshman at Meredith College.