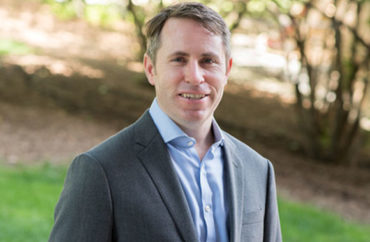 Georgetown political science professor Don Moynihan has drawn the ire of parents after a tweet this week in which he mocked parental involvement in kids’ education.

On October 5, Moynihan likened parents wanting input on how their children are educated to passengers flying a plane. Moynihan was responding to a tweet by former Secretary of State Mike Pompeo in which Pompeo said, “I think parents should decide what children are taught in schools. That is all.”

Moynihan retweeted Pompeo’s comment, but added a cartoon that depicts a group of airplane passengers deciding to fly the plane themselves.

“These smug pilots have lost touch with regular passengers like us,” one passenger says. “Who thinks I should fly the plane?”

Moynihan punctuated his comparison with the words “same energy.”

“This is the greatest bad tweet of all time. Literally,” wrote Tim Carney of The Washington Examiner.

“The notion that teaching children is equivalent in its distance from the life experience of parents to flying an airplane – and equally lacking in normative content – is astounding in its combination of presumption & ignorance,” responded Dan McLaughlin of National Review.

“I guess you hate democracy,” noted others.

“Do you really think curriculum choices should be made totally without regard to parents’ views — just leave it to the experts?,” asked liberal journalist Matt Yglesias.

“Of course not – it has always been a balance between democratic control and expertise,” Moynihan responded. “But the new emphasis on ‘parental control’ is not about that, but about asserting conservative control to exclude certain topics.”

Later, Moynihan added, “Lot of replies now explaining that teaching is not like flying a plane, and I’m not quite sure how to explain that the cartoon is not literally about flying a plane.”

Moynihan’s comments came after a recent push by parents objecting to Critical Race Theory being taught in schools. Some parents have argued such theories divide students and teach an inaccurate history of race relations in schools.