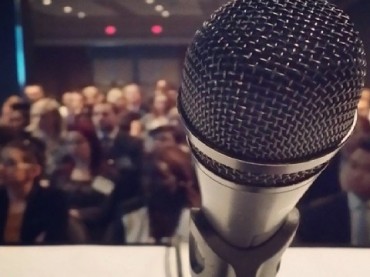 Stanford University’s Inter-Sorority Council hosted a public forum last week in response to protests against a Cinco de Mayo-themed fundraiser at Pi Beta Phi and a number of other Greek life events.

“As a rule of thumb, if an item or tradition is stripped of its original intent or cultural significance, it’s probably cultural appropriation,” said the moderator in opening the discussion.

He added cultural appropriation is the stealing of intellectual property, traditional knowledge, cultural expressions, or artifacts from someone else’s culture without permission – and it’s made worse when “the source is a minority group that has historically been oppressed.”

The forum was hosted in the Black Community Center and attracted large group of students from Greek life and a variety of cultural organizations. As it began, the audience filled up the original seating and more chairs were brought out from storage. Although attendance was not mandatory, leaders within Stanford’s Greek community were expected to attend.

The official purpose of the forum was to “explore the definitions of cultural appreciation/appropriation, establish modes of communication for future issues, and generate ideas on how we can work together to make this campus a more welcome place for everyone.”

One student from the audience joked that the event was “a sort of sensitivity training.”

The tone of the event echoed that of widely forwarded email threads that had cropped up among students throughout the week of Cinco de Mayo, which had reprimanded the Greek system and the broader Stanford community for “cultural appropriation” of the Mexican heritage.

In one such email, Mexican-American student Julian Alberto Pena had said: “It is frustrating to see the beautiful culture I know relegated to a few props – sombreros, fake mustaches, ponchos, and tequila.”

The Ethnic Theme Associates (ETAs) from Casa Zapata, Stanford’s Chicana-themed dorm, also sent out an email about the history of Cinco de Mayo and the manner in which it is celebrated in different regions, particularly in the U.S.. They also discussed the difference between cultural appropriation and appreciation.

“Oftentimes I’ve seen non-Mexican individuals wear serapes, sombreros, and fake moustaches to ‘celebrate’ Mexican heritage,” wrote the ETAs. “[Some] see [this as] people trivializing and essentializing important parts of Mexican culture, especially when people get drunk and wear fake moustaches and could barely tell you what Cinco de Mayo is really about or who it was originally meant for.”

Much of the rhetoric from panelists echoed those sentiments, and the few defenses of the Greek organizations were promptly shut down.

“What is the point of including culture?” asked a member of the panel. She added, “If it’s just for a social purpose, it’s probably not great. The point of social events is to see that we are not one bubble, to be aware of the wider community.”

Co-president of Stanford NAACP Melvin Boone suggested: “You can go ‘up’ instead of going ‘down.’ ” Boone explained that groups can enhance themed events by partnering with cultural groups to celebrate it with their history in mind.

On May 5, the El Centro Chicano student group gathered in front of Muwekma-tah-Ruk, Stanford’s Native American-themed house, to protest the “cultural appropriation of Mexican heritage [and] to bring awareness to an issue that many ethnic/cultural groups deal with.”

In particular, the demonstration was a response to the behavior of several white male individuals wearing Mexican flags and drinking tequila who reportedly stole signs from a campus protest led by Comunidad earlier that day.

Pi Phi leadership and other Greek life representatives had previously met with concerned members of the Stanford community to discuss cultural appropriation. The group came to an agreement to change the theme of the event from “Pi Beta Phiesta!” to “Pi Beta Paradise”, but the community-wide panel was still deemed necessary.