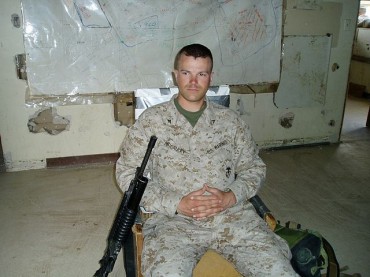 A “Camo & Ammo” themed party at Claremont Mckenna College in southern California provoked a wave of complaints from students who were offended by the reference to guns.

On Tuesday, Jan. 29th, ASCMC created a Facebook event advertising “Camo & Ammo TNC” with a description that included the sentence, “You best be coming armed and ready to party!”

Last week, however, ASCMC changed the name of its TNC party in response to complaints regarding the event’s original title, “Camo & Ammo TNC.”

The CMC Forum, ASCMC’s campus news publication, reports that ASCMC proceeded to change the Facebook event name two times the next day in response to student complaints regarding the references to guns and ammunition. These students found the theme offensive considering the recent gun violence in the news—in particular, the Sandy Hook elementary school shooting.

This is not the first time that a TNC theme has produced controversy. Last November, ASCMC asked students to nominate their own TNC themes for the week, and brought the three most-requested themes to a student vote. Those proposals included “Thrift Shop,” “Risky Business: CEOs and Office Bros” and “Thanksgiving: Bros, Pilgrims and Navajos.”

For the Thanksgiving theme, ASCMC altered the spelling from “Nava-hoes,” which CMC students originally nominated, to Navajos, as to avoid sexist connotations.

Such a spelling change, however, did not prevent accusations that the proposed theme’s reference to the Navajo tribe was racist and culturally insensitive.

The Student Life (TSL), the student newspaper of the Associated Students of Pomona College (ASPC), reported the controversy in its article “TNC Theme Proposal Draws Charges of Racism,” and interviewed members of the Indigenous Student Alliance of the Claremont Colleges about the issue.

Among other criticisms, those interviewed said that the theme proposal eclipsed contemporary Native American issues, violated their sense of indigenous identity, and offensively promoted pan-Indianism—the idea that all American Indians are the same.

The recent controversies also raise the question of whether other themed parties at the Claremont Colleges could likewise be deemed racist, sexist, or insensitive. Such parties include the annual Eurotrash and Garden of Eden parties, both hosted by Scripps, the Pitzer Reggae Fest, and last year’s “Gym Bros and Yoga Hos” and “Across the Border” parties at CMC.

The CMC student body remains divided over whether these TNC themes were harmless or truly offensive in nature.