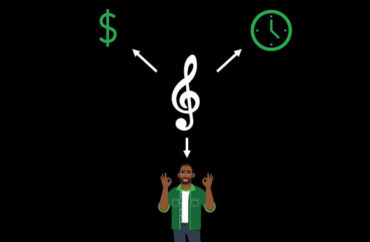 The Harvard Culture Lab has awarded a group a grant for “relieving stress experienced by Black students and staff through music,” according to a recent announcement by the school.

The Culture Lab began the grant program in 2019 as a way to “catalyze a cultural transformation to achieve full belonging and empowerment for all members of the Harvard community.”

This year, the Lab, a project within the Office for Equity, Diversity, Inclusion and Belonging, awarded 14 grants of up to $15,000.

“The 14 project teams that received funding to pilot their ideas represent a shared commitment from University leadership and community members across Harvard to advance a culture of equity, inclusion, and belonging,” wrote Chief Diversity and Inclusion Officer Sherri A. Charleston in a statement to The Harvard Crimson.

The program to reduce stress among the black student population, called “The HEALING attempt,” is the project of Grant Jones, a clinical psychology Ph.D. student at Harvard.

“Let’s be honest, the last year has been excruciating for the black community,” Jones says in a video promoting his project. “An upwelling of police brutality has meant that we’ve had to mourn far too many of our kin well before their time.”

Jones also mentions systemic racism and the COVID-19 pandemic as factors contributing to stress among black students. Among the ways these stresses manifest themselves, according to Jones, is that black students disproportionately suffer from “impostor syndrome.”

“Interventions that cultivate mindfulness, a meditative mental trait defined by open, nonjudgmental awareness of the present moment, may be able to offer such support,” Jones says.

“When one combines music with mindfulness, one can create a powerful tool to support our wellness and flourishing.”

Jones’ plan is to create an album, between one and two hours long, performed by artists of color on campus. The effect of that album would then be tested on 50 members of Harvard’s black and brown community, then the HEALING attempt album would be released on Spotify, Apple Music, and other streaming services.

Another Culture Lab grant was awarded to a project to “centralize Harvard affiliate pronoun data to help affiliates respectfully address one another:”

According to pronoun data project, student and faculty pronouns would be added to their school data, serving as “name tags,” but for gender identity.