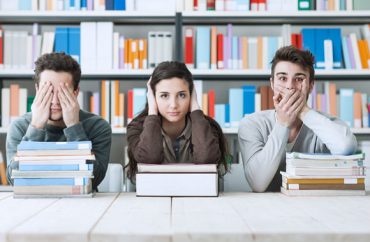 Just after graduating, I got a roommate who was on break from Harvard.

He’s a native Hawaiian, and he was pretty blunt that the main reason he got in was because his U.S. senator, the late Daniel Inouye, wanted a native Hawaiian at Harvard. He said it’s not that hard once you’re in.

Whenever I hear about the hard lives of Harvard students – oh no, they didn’t get into a cool party! – I think of the immense privilege they enjoy. They will almost certainly have a starting salary four or five times higher than mine, and their pick of enviable jobs, simply because they didn’t flunk out of Harvard.

One day, several of them will probably command $400,000 speaking fees on Wall Street.

So it’s kind of ludicrous that the pampered elite of Cambridge are now getting a rather useless perk that speaks volumes about how Harvard views their mental health:

Harvard Library is getting rid of a 50-cent daily charge for “regular loan items” that are overdue.

One of the justifications is that the change will be more “user-friendly.” What does that mean?

We have witnessed firsthand the stress that overdue fines can cause for students. Eliminating standard overdue fines and standardizing loan periods across Harvard’s libraries should help students focus on their scholarship, rather than worrying about renewing library books every 28 days in order to avoid fines.

That’s right. Harvard students are so fragile they can’t be bothered with either returning books on time or paying for the privilege of not returning them.

Guess who loves this change:

“I had over 100 dollars in overdue fines for books I checked out last summer for a research project, and I completely forgot to return them,” said [Andrés M.] López-Garrido. “I flipped out when I found out, but luckily I was given a waiver.”

And guess who has the slightest frickin’ clue about incentives:

“I am interested to see how many books make it back to the library,” said Jad Maayah ‘20.

The loan changes aren’t uniform. Harvard is actually raising the fine for “overdue recalled material” – that which someone else has reserved and is waiting for – from $2 to $3 a day, and a $45 maximum.

That one makes sense. You can imagine the howls of protest if some rich legacy kid were absentmindedly hoarding books that everyone beneath him (who will soon earn six figures as a 22-year-old) was waiting to check out.

But how patronizing is Harvard to think that these supposedly exceptional students – who will one day kick back fat alumni checks – can’t be trusted with the adult responsibility of returning things you borrow?

These privileged geniuses are going to have a rough time in the office the first time HR warns them to stop stealing company property. I’m not sure the excuse “I was stressed” will suffice.