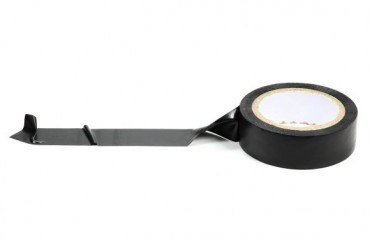 An “hate crime” that may — or may not — have occurred is being commemorated by Harvard Law School this week.

One year ago, someone put strips of black tape over the portraits of black professors hanging on the walls of the Law School. Though much was made of the incident, including Dean Martha Minow appointing a committee to consider scrapping the School’s “controversial” seal (which it eventually did), the perpetrator(s) of the act were never caught.

The Daily Caller, Powerline, and the blog Royall Asses — which originated to expose “the misfits behind the ‘hate crime’ hoax at Harvard Law” — all called out red flags surrounding the incident, not the least of which was its timing: it “came soon after a Harvard campus protest in solidarity with those at Mizzou and Yale.”

But, as The Harvard Crimson reports, this didn’t stop various groups from creating a “commemorative exhibit” for the incident’s anniversary:

[…] leaders of student affinity groups, including the Black Law Students Association, the Native American Law Students Association, and the Women’s Law Association, produced the commemorative exhibit, entitled “Diverse Voices in Legal Education.” It consists of black-and-white photographs displayed throughout Wasserstein Hall of diverse legal scholars from across the country. The presentation is intentionally reminiscent of the array of portraits that were vandalized last year.

“A year ago this week, after the portraits of our African-American faculty were defaced, members of this community responded with expressions of love and rejection of hatred,” Minow wrote in an email to Law School affiliates Tuesday. “We have had critically important conversations, increasing our sense of understanding and leading to change here at Harvard Law School. These conversations must continue, and you all can help.” …

Law School Dean of Students Marcia L. Sells, whose office provided resources to students to help install the exhibit, called it “a wonderful coming together of the Student Government and student organizations.”

“We call it a visual campaign, because we wanted to do something that would tie to the portrait defacement,” [Black Law Students Association President Kristin A. Turner] said. “We wanted people to walk down the halls and feel a sense of what it would be like to walk down halls with more diverse faculty members than the ones we currently walk through.”

The first commenter to the article says:

“Black Tape Matters was an exemplar of what the late historian Daniel J. Boorstin described as a ‘pseudo-event.’

First, there was zero evidence as to who did it, which left open the possibility that it was done by BLM/Reclaim Harvard activists themselves. In short, it is just as likely as not that it was a staged event designed to earn above the fold mention in the Globe and Crimson, and to send the message that an ubiquitous (but invisible) racism is alive at Harvard. …

Now comes this–a staged remembrance of what may have been a staged event.”