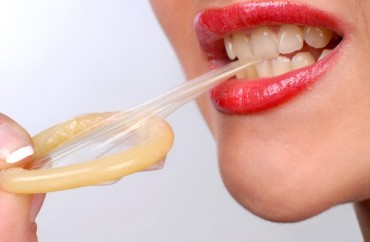 Harvard University will soon mark its annual “Sex Week” observance, which this year features a workshop on how to navigate sex involving bondage and sadomasochism in the dorms – complete with whips and floggers.

The weeklong observance also boasts “13,000 condoms and 1,200 bottles of lube” to distribute.

The Ivy League institution will host the workshops starting this Sunday and continuing through Nov. 14, events “dedicated to empowering the Harvard community to explore their experiences with love and sex by providing comprehensive programming addressing a wide range of issue relating to sex, relationships, dating, sexual health, and sexuality,” according to its website.

In preparation, an adult industry company sent the college “13,000 condoms and 1,200 bottles of lube,” a fact touted on Harvard Sex Week’s Facebook page with the caption: “Sex week is really gearing up! “

Student organizers did not respond to The College Fix’s requests for comment.

“I support Sex Week because I think sex should be about pleasure and mutual fulfillment, not shame,” said one.

Several current Harvard University students who identity as conservative declined to comment to The College Fix about the weeklong observance, however.

A student-run organization called SHEATH (Sexual Health Education and Advocacy throughout Harvard College) sets the schedule of Sex Week events each year. But Harvard administrators also play a supporting role, as its College Women’s Center, its Center for Wellness, its Office of BGLTQ Student Life, and its Office of Sexual Assault Prevention and Response are listed as co-sponsors on the group’s website.

But a campus official downplayed that.

“The event is organized and sponsored by an independent student-run organizations. Harvard College is home to more than 400 recognized student organizations that reflect a diverse range of interests among our students,” Associate Director of Communications Rachael Dane told The College Fix via email.

“The college is not involved in the planning or implementation of any programming or activities organized by independent, student-run organizations. Rather, the college works with each recognized student organization to support their programming needs in ways that are in keeping with our procedures and regulations,” she added.