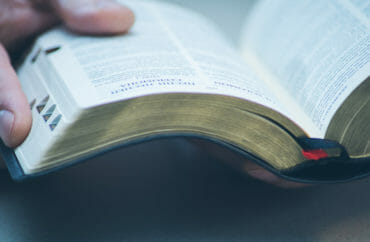 Harvard University will soon offer a “religious support group” to LGBTQ students, several months after the university hit a campus Christian organization with sanctions related to a controversy surrounding a bisexual group member.

Harvard’s Office of BGLTQ Student Life will head the group which will “respond to the religious needs of students of diverse gender identities and sexual orientations,” according to The Harvard Crimson.

The group, which is intended to “bring greater attention” to “inclusive religious spaces,” according to The Crimson, is not yet developed in any significant way, according to university officials. Sheehan Scarborough, the director of the BGLTQ office, told the student newspaper that it is “far too early” to answer any questions about the new organization.

In an email to the “Harvard BGLTQ List,” Sheehan said said that “questions about acceptance, community, and connection are alive for people of many religious traditions right now.”

“There are many ways, and many communities, in which to be queer and religious,” he added.

The group appears to be at least in part a response to the controversy surrounding the campus Christian group Harvard College Faith & Action, which was subject to administrative censure earlier this semester following a sustained on-campus controversy.

Faith & Action originally generated significant student criticism when it invited an ex-gay Christian speaker to appear at one of its meetings. The group was accused of “[giving] a platform to homophobia, conversion therapy, and hate,” with the speaker accused of being “horrifying,” “dangerous” and a threat to LGBTQ students at Harvard.

Following the outcry, the university administration placed the group on probation, claiming that the group had violated university policy when it asked a bisexual Bible leader in a homosexual relationship to resign her position.

It later came to light that, though the group was on probation, it would face no immediately practical consequences for those sanctions, a decision which was protested by numerous students and activists on campus.