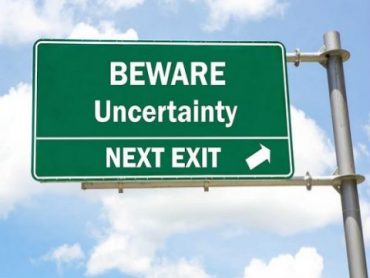 Stories of pro-Donald Trump “hate crimes” don’t often fall apart like that of Baruch College’s Yasmin Seweid, and the mainstream media would do well to heed the warning signs in such “hate” narratives in the future.

The College Fix picked up on them right away. Make note: The assailants were white. All were male. Garbed in Donald Trump paraphernalia and/or uttering pro-Trump statements (or merely his name). It was late at night or dark. No one else was around. No surveillance video available. No smartphone video was taken.

Police charged Seweid with filing a false report because “she had numerous opportunities to admit nothing happened and she kept sticking by her story.”

Sara also stated she is “concerned about the mental state of young Muslim women who feel they have to lie so intensely to survive” and asks everyone to consider why Muslim “woc” (women of color) have felt the need to fabricate things like her sister did.

This sort of reaction is also typical: Once the hoax is revealed, turn it into a “teachable moment” — the “main” issue is actually something larger (societal racism, discrimination), or the hoax itself was intended to serve as a focus on a particular matter.

A pair of Babson College students faced a hearing yesterday for a post-election “victory lap” through Wellesley College in which they engaged in alleged “actions that were ‘racially offensive and gender demeaning.’”

That’s right, they still had to attend a hearing despite the public safety departments of both Babson and Wellesley being unable to corroborate “key allegations” made against them, and documents showing Babson officials relying on pure hearsay as evidence.

At Massachusetts’ Williams College, a pair of students wanted to bring attention to Donald Trump’s supposed racism, so they painted “AMKKK KILL” in the college’s Griffin Hall. Of course, this is what they said after they got caught.

At the University of Oklahoma, Professor Mashhad Fahes alleged she was handed an “anti-Muslim” pamphlet while walking to class. “It looked very offensive” she said, and claimed she reported it to campus police. She claimed police informed her that another party had made a report about the pamphlet earlier. But … these same police have no record of either report being made. The University of Michigan’s Khita Whyatt claimed an assault that was remarkably similar to that of a claim made by a student at her own college, not to mention one at Villanova and Georgetown. Though Whyatt’s and the UM student’s tales don’t specifically mention Trump, the former supposedly was targeted because of her dark Native American complexion, while the latter her religion.

Three of those incidents were reported to have occurred at night, and all involved the victims (allegedly) being knocked down by their attackers. No suspects in any of the “attacks” were ever found, and the Villanova student told law enforcement she wanted to drop the matter entirely.

A Bowling Green student admitted to making up a story about a group of white guys in Trump t-shirts throwing rocks and yelling racial epithets at her. At the University of of Louisiana Lafayette, a freshman confessed to lying about “two white males, one in a Trump hat, stealing her wallet and hijab.”

Taylor Volk, now a former student at North Park University, fabricated “hateful notes and emails” which “contain[ed] harassing [and] threatening language” and mentions of the president-elect.

Elon University played host to a phony anti-Latino whiteboard message … well, the message wasn’t phony, but the sentiment behind it was. “Bye Bye Latinos Hasta La Vista” read the statement — courtesy a Latino (or, should I say “Latinx”?) student who, it was determined after the usual paroxysms of outrage, “was upset about the results of the election” and then claimed the phrase was “satirical commentary.”