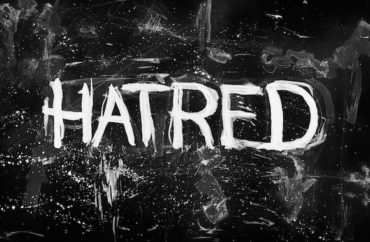 Northeastern University recently defended a professor while simultaneously distancing itself from her advocacy of hatred after the professor announced her misandry in a national newspaper.

Suzanna Walters, who serves as both a sociology professor and director of the Women’s, Gender, and Sexuality Studies Program at the school, recently penned a Washington Post op-ed in which she asked “Why can’t we hate men?”

In the piece, Walters argues that it is “logical to hate men,” and she suggests that women who claim they do not hate men are “would-be feminists.”

“[I]n this moment, here in the land of legislatively legitimated toxic masculinity, is it really so illogical to hate men?” she asks.

Walters, who did not respond to multiple queries from The College Fix, also suggested that men who profess to be committed to female equality should, variously, “vote for feminist women only. Don’t run for office. Don’t be in charge of anything. Step away from the power.”

“And please know that your crocodile tears won’t be wiped away by us anymore. We have every right to hate you,” she added.

It is unclear if Waters discriminates against male students who enroll in her classes. Numerous Northeastern faculty members and officials, including Title IX coordinator Mark Jannoni and the Women’s, Gender, and Sexuality Studies department did not respond to multiple requests for comment.

Reached via email, campus spokeswoman Shannon Nargi emailed The College Fix a statement that simultaneously seemed to denounce Waters while defending her call for hatred as a “controversial idea.”

“Northeastern University steadfastly supports a safe and inclusive learning and working environment in which hate has no place,” the statement reads. “The university has more than 1,000 faculty members whose viewpoints span the entire political spectrum. Consistent with our unwavering commitment to academic freedom, the opinions of an individual professor do not reflect the views of the university or its leadership.”

“Northeastern is committed to fostering an environment in which controversial ideas can be discussed, debated and challenged,” the release continued.

Though Walters demands that people elect women to office, it can’t just be “any woman,” she told Northeastern’s news wire in 2016.

“Having a Carly Fiorina or a, heaven forbid, Sarah Palin in the White House would set all women back of course, because their agendas are firmly and unequivocally anti-feminist,” she argued.

MORE: Stanford protects inclusivity by banning men from the gym twice a week