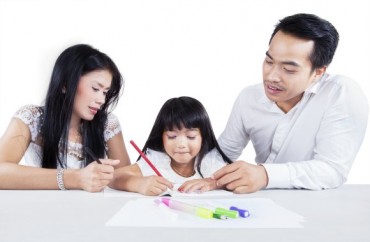 Legislation has been introduced in the Hawaii State Senate which, if passed, would require homeschooling parents to undergo background checks.

State Senator Kaialii Kahele’s bill is a reaction to several “high-profile abuse cases,” according to World’s Leigh Jones. The state’s Child Welfare Services would conduct reviews on parents wishing to homeschool their children.

“If a parent that has a history of abuse and neglect wants to pull the child out of school and remove them from that layer of protection, this piece of legislation would close that loophole,” Kahele said.

Although Kahele said he wants to protect children from abuse, targeting homeschooling families won’t help. As I’ve previously reported, none of the research on child abuse lists homeschooling as a risk factor. If he really wants to help children, Kahele should read the 2016 report from the U.S. Commission to Eliminate Child Abuse and Neglect Fatalities, which urges state and federal governments to make comprehensive changes to the country’s child welfare systems. The commission suggests lawmakers target reforms to at-risk populations and factors that make neglect and death more likely.

What are the factors that put children at risk? Here’s a sampling of the commission’s findings:

—About half of the children who die from abuse or neglect are younger than 1, with two-thirds under the age of 3.

—About 72 percent of deaths involve neglect and maltreatment, often in families “challenged by the stresses of poverty.”

—Children living in homes that include unrelated adults are more likely to die from inflicted injuries than children living with two biological parents.

—A prior report to Child Protective Services (CPS), no matter how the report was eventually resolved, provided the strongest predictor of a child’s risk for death before age 5, according to an analysis of California cases. The same study showed children with previous CPS reports had an almost six times greater risk of fatal injuries.

—Despite the importance of the CPS connection to potentially fatal injuries, caseworkers only follow up on 60 percent of the reports they receive.