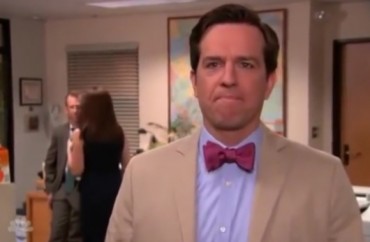 Cornell University’s place in pop culture was cemented by Andy Bernard’s constant name-dropping of his alma mater (and its a capella group, Here Comes Treble) in The Office. The actor portraying him, Ed Helms, actually spoke at the Cornell convocation last year.

Now Cornell has another feather in its cap: It’s better than Yale, its much higher profile Ivy League peer.

The Center for World University Rankings, based in Saudi Arabia, released its global rankings of the 1,000 best universities last week, and Cornell made the top 10 – narrowly edging out Yale at No. 11. (The group’s press release, however, inexplicably gives Cornell’s place to Yale.)

Four Ivy League schools made the top 10 – Harvard, Columbia, Princeton and Cornell – as did only two schools outside the United States, the University of Oxford and University of Cambridge.

The Cornell Daily Sun reports that Cornell moved up one place from last year’s rankings, while Harvard kept its spot at the top of the rankings for the fourth year in a row.