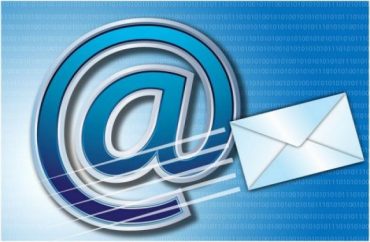 Email: ‘On the one hand you report me to the dean for correcting you while you were indoctrinating students with false information. On the other hand a Muslim student in class cracks a joke about chopping someone’s body parts off and you do nothing.’

The College Fix has obtained a copy of a lengthy email which likely played a role in the suspension of Rollins College student Marshall Polston, a Christian who, after he challenged claims made by his Muslim professor, was suspended from his school.

The email let Professor Areej Zufari know how concerned Polston was at her Middle Eastern Humanities classroom lessons, which he called incompetent at best and factually wrong at worst.

Zufari, in a statement to the Winter Park Police Department on March 23, complained that while Polston “has not threatened to harm her in any physical manner,” he’s been disrupting her class and trying to “correct her on her views,” and mentioned the “lengthy email” he’d sent her, according to a copy of the police report.

Polston, who has been suspended from Rollins College for what campus officials called actions that “constituted a threat of disruption within the operations of the college,” gave The College Fix a copy of the email Zufari complained about to police. It was written more than a month after he verbally corrected her in class for suggesting the crucifixion of Jesus Christ was a hoax and that his disciples did not believe he was divine, Polston told The Fix.

But after she gave him a 52 percent on an essay, he apparently decided it was time to set the record straight. Polston’s March 9 email states:

We need to talk as soon as possible over phone or in your office because you have been extremely unfair to me and pursuit a ruthless program of hostility in your recent grading simply due to the fact that I disagree with you on your inherent bias and clandestine theological apologies. I’m actually a nice person but not when I’m viciously attacked. I’d be just as happy to go to the dean about this issue.

I’m emailing you about the first essay in your Rollins class. You recently failed me with a 52% despite the fact that I followed all the guidelines listed, covered all the topics and asked you directly about the problem areas. I specifically asked you about sources in person as a result of your request that the paper be an analysis and not research. Everything I wrote came from personal memory and research or first hand experience in my travels with the government, personal visits with friends, teaching experiences or philanthropic efforts in the Middle East.

Quite frankly the grade you assigned to me exposes your a true agenda which is to silence me in class. As I told you before I’m not interested in speaking anymore. But since you’ve decided to carry a blitzkrieg out against me, I may have to speak up in regards to your extreme bias and not necessarily to the class but to the dean. You’re one of the most incompetent professors I have ever seen in my entire life.

It’s very clear you have absolutely no idea what you’re talking about. You may have a college degree but you belong in a reform school.

First you conflate the immaculate conception and virgin birth which are totally different. Then you state that middle eastern Jews were Sephardic when in fact they are mostly Mizrahi Sephardic Jews only emigrated from Spain to North Africa and Istanbul and we’re NEVER native.

I could go on and on and on. Everybody knows that you’re a failure as a Professor — Rest assured I’m not the only one!!! I have dozens of examples to pull from that I’ve noticed during the class.

I think it’s great to be a theological apologist but not in a secular setting — I don’t know whether this was just a mistake or not so I’ll give you the benefit of the doubt. In order to stop a textual embarrassment in the Quran from coming to light in class you proceeded to ignore the facts when I asked a pertinent question about Mohammed. He had an adopted son which divorced his wife so he could marry him and although you finally admitted it was twisted, it took until I looked up the verse that you believed me.

Your bias is blatantly evident in your misinformation about the historical Jesus and moreover manifested in the lack of discussion about Wellhausen’s documentary hypothesis (with you taking the theological position that Moses wrote the first five books of the Torah). No one takes either position that you gave in the archaeological or secular biblical fields.

Also your brainwashing session about sharia law at the United States of Rollins ignores what the vast majority of people in countries like Egypt and Iraq really believe in regards to misogyny, homophobia or religious freedom.

I agree that sharia law can be reformed but in the context of the seventh century, let’s not jump to utopian conclusions about sharia law’s original implementation in society. I understand that you are much more liberal Muslim which is great but quite frankly it astonishes me your hypocrisy. On the one hand you report me to the dean for correcting you while you were indoctrinating students with false information. On the other hand a Muslim student in class cracks a joke about chopping someone’s body parts off and you do nothing. Yes I have witnesses – I’m not the only one who has a concern about your agenda and overt bias.

It’s really cowardly of you to shut me down in the middle of class or lie to the dean but I should be careful when saying that because that would be insulting to cowards. There’s something seriously wrong and depraved about you when you think my intellectual conversation is more threatening than the despicable comments about decapitation made by the student in question! SICK!

I hope we don’t have to escalate this issue and you’ll stop this crusade against me. I would really hate to get in contact with some national media personalities that I’m good friends with but I’m going to have to take it there or pursue legal options if you don’t stop your harassment toward me.

Rollins College officials have refused to explain exactly why they have suspended Polston, who says he believes he’s been booted because he challenged his Muslim professor’s anti-Christian teachings.

Rollins College is welcoming and respectful of all religious and cultural beliefs. As an institution of higher education, we value and encourage diversity of opinions and respectful discourse. In accordance with FERPA and our institutional policies, it is our responsibility to respect the privacy and confidentiality of all involved in this incident, students and faculty alike. The safety and fair treatment of all members of our campus community is of utmost concern. There will be no further statement.

In a statement to the Orlando Sentinel, Rollins president Grant Cornwell said the school would “never ever ever” suspend a student for simply disagreeing with a professor.

“There had been other factors that led to his temporary suspension, Cornwell said, declining to release details. He said a disciplinary hearing for Polston was held Tuesday and may take several days to determine the outcome,” the Sentinel reports. “Cornwell called Zufari, an adjunct at Rollins and a full professor at Valencia College, a seasoned educator.”

Zufari has not responded to several request from The College Fix seeking comment.

A police report filed by Zufari on March 23 states in part that:

Zufari teaches Middle East Humanities class for Rollins on Thursday evenings. Zufari has been having problems with a student named Marshall Polston who has disagreed with her teachings. Zufari stated this student has openly disrupted class trying to correct her on her views, and has emailed her and texted her. He has also disagreed with her on a grade he received from her. Zufari stated Polston has not threatened to harm her in any physical manner, but wrote her a lengthy email which concluded that he ‘would hate to get in contact with some national media personalities that I’m good friends with. I’m going to have to take it there or pursue legal options if you don’t stop your harassment towards me.’ Zufari states that Polston has also been suspended for one year from attending University of Florida for being disruptive. She states she is in fear of him and requested to report this. She completed a sworn statement and an extra patrol was placed in briefing for Rollins College and Zufari’s Winter Park residence.

Polston declined to comment on the University of Florida.

William Nardi contributed to this report.