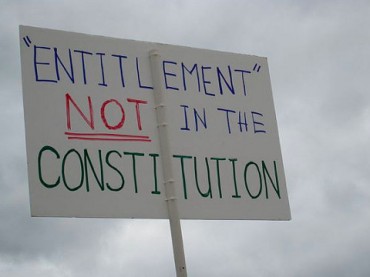 OPINION: Social progressives need more self-examination regarding the UCSB shooting rather than blaming typical targets like white privilege and misogyny

Not so unbelievably anymore, these are two of the top “progressive” (yes, I usually put “progressive” in quotes, because are folks who apply the term to themselves really progressive?) memes, or theories, if you will, regarding Elliot Rodger’s murder spree last week near the University of California at Santa Barbara. Trying to make sense out of these — really trying, not automatically guffawing at them — can lead to some serious mental gymnastics.

For example, at Salon.com, Brittney Cooper, a teacher of “Women’s and Gender Studies” and “Africana Studies” at Rutgers, asked in all seriousness:

“How many times must troubled young white men engage in these terroristic acts that make public space unsafe for everyone before we admit that white male privilege kills?”

On Twitter, the hashtag #YesAllMen was a big hit as “progressives” and feminists took to the social media site to blame not just Rodger for the killings, but, as it says, all men. There’s a veritable cornucopia of libprog (that is, “liberal/progressive”) goodness on which to gorge.

Aside from certain queries which may immediately spring to your mind after viewing the above (like, for instance, “What, then, accounts for the much higher young black men murder rate?” “How is that all men can be blamed for the acts of a single man, but if one says ‘Muslims’ when discussing terrorism without specifically denoting extremists within the religion, he’s immediately branded a Islamophobic bigot?”), you may be wondering just when these Prius-driving, Whole Foods-shopping, granola-eating radicals will cease with the nebulous cultural and societal theories, and look in the damn mirror. After all, who, if not “progressives,” have nourished the culture of permissiveness and entitlement which plagues contemporary American culture?

Today in our public schools, only the most serious of infractions face any real consequences as educational “experts” have prevailed with “alternatives” to actual punishment. Our own federal Education and Justice Departments have threatened school districts across the country if their racial discipline statistics are “disproportionate.” You can imagine what the results will be of this action.

More locally, school administrators, while simultaneously bragging about “high standards,” have mandated that students who do absolutely nothing at school still get a minimum of 60 percent. The rationale? So they “still have a chance” of passing when/if they do choose to do some work.

Couple all this with how parenting has changed over the last few decades: Ever see this cartoon? It’s humorous, but sadly accurate. There are parents who teachers hear from only when they “dare” to discipline their child, and parents who are heard from virtually everyday (usually dubbed “helicopter parents”) who make sure their child is accommodated in every way imaginable. Such parents have now made their presence known at colleges, badgering professors when their kid doesn’t get a “deserved” grade.

Youth today are pummeled by popular music that consistently refers to women as “bitches” and “hos,” and the accompanying videos treat them as same. Instead of playing video games where a yellow circle travels around a maze devouring little dots and avoids pursuing ghosts, kids now have “more realistic” offerings where children can rack up prodigious human body counts … complete with all the concurrent gore.

We’ve witnessed welfare policies that have destroyed the very concept of “family,” mostly in our inner cities, whose demographic now sees illegitimacy rates surpassing seventy-five percent. We’re lectured that abortion is about women’s “health,” and that women have the exclusive right to “choice” in the matter. Somehow, the fact that there is another human life in the equation gets shrugged off. Judges across the country give slaps on the wrist to rapists, thieves, assailants, and even murderers. And on the now-rare occasion that capital punishment takes place, there’s an outpouring of concern, and even sympathy, for the criminal. Lost in the shuffle? Why the person is being executed.

Not only are all these cultural facets largely the result of “progressivism,” the subsequent reaction to any criticism of them exacerbates this cultivation of permissiveness and entitlement. Concerned about lack of discipline in schools? You’re a control freak, “anti-child,” and perhaps even racist. Concerned about vile music lyrics, risqué videos, and violent video games? You’re “pro-censorship.” Against abortion? You’re “anti-woman.” Pro-capital punishment? You’re viscerally “pro-death.”

In other words: “You can’t tell ME what to do.”

I merely want “progressives” to, for once, put aside their predilection for immediately invoking a farcical, esoteric concept for the abhorrent actions of one person and examine policies and cultural norms in which they’ve played a large role. Thank you very much.

Dave Huber is assistant editor of  The College Fix.