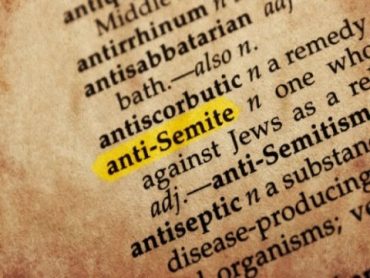 The faculty at a Catholic school in Belgium is actually proud of Luc Descheemaeker, a recently retired teacher at the Sint-Jozefs Institute in the city of Torhout, for winning a “special prize” this past May at the Second International Holocaust Cartoon Contest held in Tehran.

The former “plastic arts and cultural sciences” teacher won for his art piece featuring the words “arbeit macht frei” — German for “work sets you free,” which was emblazoned at the  entrance of the infamous Auschwitz — “over a wall with guard posts — presumably comparing Israel’s security barrier along Judea and Samaria […],” according to Arutz Sheva.

Descheemaeker got $1,000 for the work. The contest’s first prize winner was a drawing of a cash register in the shape of Auschwitz.

In May, a staffer at the Belgian-Jewish publication Ragards sent to the school an email with a URL link to a webpage announcing the winners of the contest, accompanied with the text: “It must be a great pride for Sint-Jozefs Institute-College to be associated to the values Luc Descheemaeker stands for.”

Martine De Zutter, a senior faculty member, replied: “We are indeed very proud to have Luc associated with our school. His talent is of great value for the artistic education of our students!”

Asked by JTA whether the school is proud specifically of Descheemaeker’s award, School Director Paul Vanthournout on Wednesday said that the school had no position on the award, and that De Zutter did not refer specifically to the competition in her email to Ragards.

But he confirmed the school was proud of Descheemaeker’s work within the institution, where he taught plastic arts and cultural sciences. He has put on educational plays about the Holocaust at school, Vanthournout said. In 2002, Descheemaeker won a royal distinction from Belgium’s Queen Paola for putting on a play about the Holocaust for children, an adaptation of Art Spiegelman’s award-winning graphic memoir “Maus.”

“I understand you find criticism on Israel’s actions in the West Bank and Gaza unpleasant,” he wrote to JTA, “but your consideration of it as anti-Semitic is exaggerated.”

And Descheemaeker put on plays about the Holocaust? How special. Let’s just make this clear: He traveled to a country whose leadership questions — and worse, denies — the Holocaust to compete in a contest which does same and/or at the very least makes light of it.

Laughably, Iranian Foreign Minister Mohammad Javad Zarif had promised that “people who have preached racial hatred and violence [would] not be invited.”

In the meantime, the AMCHA Initiative reports that on American campuses, antisemitic incidents rose by 100 in the first half of 2016 over the same time-frame a year ago (a 45% increase), and “calls for Israel’s elimination on campus tripled.”

In the United States as a whole, anti-Jewish hate crimes remain the most numerous of those based on religion, far surpassing those that are anti-Islamic in nature.

Try to keep all this in mind despite stories like this dominating the media.

MORE: Suppression of Jewish students’ speech on campus nearly doubles in a year