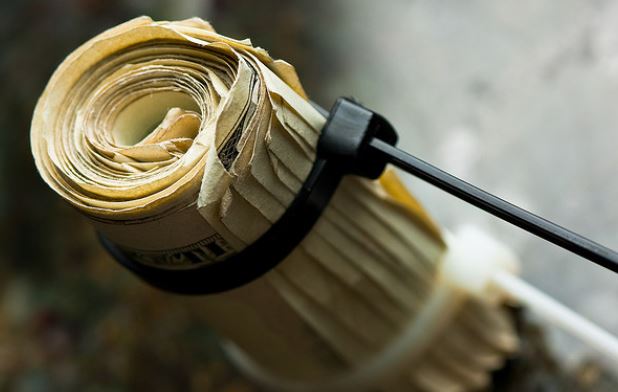 As interest rates on student loans get ready to double July 1, politicians from both parties have run around this month with ideas and promises about how they plan to help us poor college students.

In reality, they’re the ones causing the damage. The demand and cost for college degrees have exploded precisely because of federally subsidized loans, a big business for big government, expected to make $50 billion (with a B) profit this year on student loan repayments.

So students from the left-leaning Campus Progress, who recently gathered in D.C. to demand rates not be raised, miss the point. Beltway coffers will get a hefty chunk of change even if legislators don’t hike rates, which they likely won’t.

Meanwhile, the game is played.

House Speaker John Boehner (R-OH), for example, pleaded with Democrats in the Senate to work with House Republicans, who passed a student loan bill to make sure interest rates don’t double July 1.

“We’ve done our job, it’s time for the Senate to sit down with the House to make sure that students aren’t harmed…by the lack of work in this Congress,” he said.

But some Republicans have a different take that cuts further to the heart of the matter. Rep. Justin Amash (R-MI), for one, has posited that the free market could ameliorate high tuition rates more effectively than Congress.

And it seems House Republicans appear to be, at the very least, inching their way toward Amash’s view: they approved a bill that would allow interest rates to rise or fall from year to year, which is markedly different than keeping interest rates arbitrarily low, or freezing them outright.

But while Republicans push for a more sensible, market-based interest rate setting, they still have not, as a party, addressed the public subsidization of school loans.

According to the U.S. Bureau of Labor Statistics, the last 50 years has seen an exponential increase in federally subsidized school loans, beginning with the G.I Bill during the latter half of the 1940s and flowing through the 1960s.

Tuition rates have also increased by a whopping 945 percent, dwarfing the inflation rate of 193 percent during that same span of time.

In effect, tuition rates have increased by nearly 10 times that of the inflation rate, suggesting that manipulation in the market, keeping interest rates artificially high and loan subsidization have helped cause those increases.

The demand for college degrees has exploded precisely because of federally subsidized loans; if a product—education in this example—is made cheaper, the consumption of that product is subject to increase, leading to higher demand of the product. This leads to what economists call a negative feedback loop, whereby policy makers are inclined to increase public funding of school loans even as those loans increase the prices they are meant to make affordable.

What is worse, universities and colleges have no compunction to decrease tuition rates because, frankly, they have no shortage of fannies in seats – school enrollment – due in large part to government created demand for college education.

And so it goes.

College students and their parents, instead of demanding policy makers cap interest rates or pardon federal loans, should demand answers as to why college tuition is out of control.

But so long as there are politicians willing to doll out goodies, products like a college education will continue to become pricier and pricier.