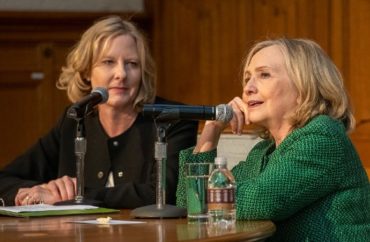 The Yale Daily News article is scant on details about the event, and it is not clear how the campus newspaper attended the event since the university banned the press.

Clinton served as secretary of state under President Barack Obama from 2009-13, a period that included a September 11, 2012 terrorist attack on a CIA compound in Benghazi, Libya, which she and others blamed on a YouTube video.

The newspaper glowingly quoted attendees at the event that featured Secretary Clinton.

“She’s the first woman to do many different things,” one student said. “She was very, very bold as Secretary of State and when she was running as the first [prospective] female president…She was a trailblazer and opened a lot of doors, whether we agree with her policies when she was under Obama or not.”

“It’s just such an exhilarating experience to hear from someone who has not only sat in the seats you’re sitting in, but also served in the highest levels of government,” another student said.