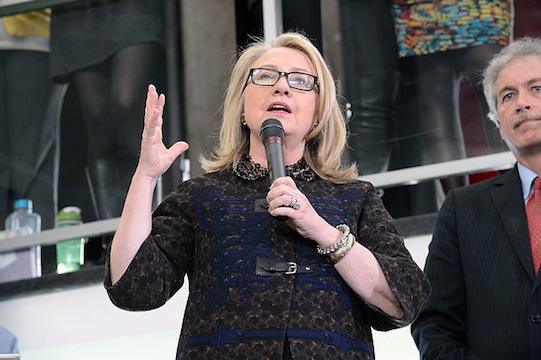 No one is surprised anymore to hear about government waste. But this case is truly appalling. Fox Nation reports today that the State Department bought $630,000 worth of Facebook ads in order get more “Likes” on Facebook during the last two years of Hillary Clinton’s tenure as Secretary of State.

Between 2011 and March 2013, the agency’s Bureau of International Information Programs used the funds on advertising to increase the number of fans for each of its four Facebook pages from 100,000 to more than 2 million, according to the May report.

The program was initiated after the bureau expanded the agency’s presence on social media by setting up Facebook pages, Twitter accounts, and blogs targeted at foreign audiences, the report states.

The report found that many employees in the bureau were critical of the advertising campaigns and felt that the agency was “buying fans” who may have once clicked on an ad but have never engaged further.

Here’s a suggestion: Instead of boosting their popularity on Facebook, maybe State Department officials should have spent that money putting more security on the ground at the consulate in Benghazi, after officials there “repeatedly warned Washington officials of the dangerous situation.”

This is par for the course among members of the Obama administration, including Hillary and her subordinates at the Department of State. For them, political power is all about image and hype, and media popularity–the hoopla of “Hope and Change”–all at the expense of substance, and at the expense of the serious business White House officials ought to be focusing on.