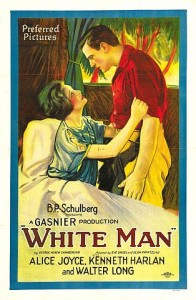 Are the topics of race, class, and gender over-emphasized in college history courses? According to the National Association of Scholars (NAS), the answer is yes.

Starting in 2010, the NAS investigated American history classes at the University of Texas at Austin and Texas A&M, concluding “we found that all too often the course readings gave strong emphasis to race, class, or gender (RCG) social history, an emphasis so strong that it diminished the attention given to other subjects in American history (such as military, diplomatic, religious, intellectual history).”

“The result is that these institutions frequently offered students a less-than-comprehensive picture of U.S. history,” said the report, clarifying that “the situation was far more problematic at the University of Texas than at Texas A&M University.”

So what’s the evidence?

The NAS also consulted a list of 100 “milestone documents” of US history published by the National Archives and Records Administration (NARA), which included texts such as the Gettysburg Address and the Declaration of Independence.

“Of these 100, only 23 were assigned, and these were assigned by only ﬁve faculty members (out of the 46 total), two at A&M and three at UT,” said the report.

“In other words, 89 percent of faculty members teaching lower division U.S. history courses assigned none of the 100 key documents.”

Overall, this focus on race, class, and gender, according to the NAS’ report, has resulted in “a narrowing conception of our nation and the elevation of racial, class, and sexual identity into the central story of America.”

The NAS thus recommended American universities change their ways by taking measures such as reviewing the curriculum, identifying “essential reading,” and “depoliticizing history.”

But in academia, the response to the NAS’ report has been far from welcoming.

After the study was made public, UT released a statement saying that it “paints a narrowly defined and largely inaccurate picture of the quality, depth and breadth of history teaching and research at The University of Texas at Austin.”

Some history professors at the university also disagreed with the report.

Clarifying that he can’t speak for the profession as a whole, American history professor H.W. Brands said “I don’t believe I overemphasize race, class and gender. I’m not even sure what is meant by that allegation.”

He explained: “I certainly talk about race: how can a teacher discuss slavery or the civil rights movement without doing so. As to class, the Populist movement of the 1890s was all about class; I can’t ignore that. Gender: Women make up half the population (not to mention more than half my students). Their story must be told.”

At other universities, the response to the NAS allegation that classics were being ignored in favor of “race, class, and gender” themes was also often unapologetic.

Kathleen Belew, who teaches American Studies at Northwestern University, said “I think that having texts that reflect the experiences of our students is more important than reading the texts that would have been considered classics by a particular demographic 50 years ago.”

However, others agree with the report’s conclusions.

George Leef, the director of research at the John William Pope Center for Higher Education Policy, said “the fact is that doctoral programs in history have come to be dominated by people who want to use their positions to inculcate trendy leftist ideas in their students.”

“That is why we find far more history profs these days who have written their dissertations on something like ‘The Oppression of Women in the Garment Industry’ than on, say, some aspect of the Constitution,” Leef added.

And the NAS, which has been described as a politically conservative organization, is adamant it began the study without any preconceptions about whether American history courses at UT and A&M were heavily focused on race, class, and gender.

“It’s what we found- we began the study with no clear idea of what was going to be the nature of the curriculum,” said Peter Wood, the president of the NAS.

“It jumped out at us as fact–this is what was going on at these two universities; that is to say, that a very large number of the syllabi focused on race, gender, and class, as [if it were] the aspect of American history that was the most important thing to teach.”

Fix Contributor Charles Rollet is a junior at Northwestern University.