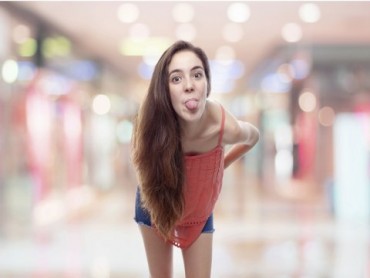 A standout athlete at Wisconsin’s Hilbert High School was slapped with a five-game suspension after she tweeted her … opinion about a Wisconsin Interscholastic Athletic Association (WIAA) email which addressed its “proper sportsmanship” guidelines.

April Gehl, who plays three sports at Hilbert and is one of the school’s top basketball players, unfortunately used some foul language in her tweet  (“EAT SHIT WIAA”) as she was obviously upset at what many consider to be rather dippy rules of conduct.

“I couldn’t believe it,” Gehl said. “I was like, ‘Really? For tweeting my opinion?’ I thought it was ridiculous.”

Jill Gehl, April’s mother, said the WIAA sent [Hilbert Athletic Director Stan] Diedrich a snapshot of Gehl’s tweet with limited direction other than to “please take care of it.”

Diedrich was reached Friday morning about the suspension, but was unable to give specifics.

“I can tell you that the WIAA contacted me with information,” Diedrich said. “Once given the information, we dealt with the matter in accordance with board policy.”

[WIAA Director of Communication Todd] Clark said in an email Friday to Post-Crescent Media that April Gehl’s tweet was brought to the attention of the WIAA. The school was then informed.

“To be clear, there was no language in our correspondence with the school that stated to ‘take care of this,'” Clark said. “That determination is for the member school to address. But these issues, like other sportsmanship issues brought to our attention, are shared with our members for their awareness.”

Here is a sample of what Gehl and others have issues with:

Beginning on page 12 of WIAA’s “Sportsmanship Reference Guide,” the following chants and sayings are considered “taunting” and “disrespectful”:

Rather head-scratching is the inclusion on the list of the chant “U-S-A! U-S-A! U-S-A!”  Then again, maybe not.

In addition, we read

— Booing of any kind
— Holding up papers or props during opponent introductions
— Waving arms, making sudden movements or sudden noises in order to distract opponents

There’s also “Dressing in attire that is not associated with school spirit or is inappropriate” with the subhead “Directed at drawing attention to one’s self and disrespecting the game, those competing and those depicted.”

It’d be remiss not to note that there are some common sense items on the list — things like refusing to shake hands with opponents, throwing things, and intimidating opponents during games.

But, overall, as the Sporting News points out, “That is an incredibly tame list. We understand wanting to ban students from using obscene or vulgar language, but banning a chant like ‘we can’t hear you, one intended to fire up both student sections, is well, stupid.”