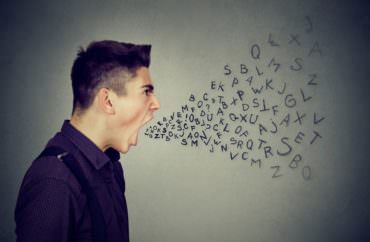 Claims like “Europeans built the modern world” and “White people are the best thing that ever happened to the world” echoed around Columbia’s campus as a physics student was recorded making several racist statements.

The video, posted to Twitter on Sunday morning, depicts an individual identified as a Columbia University physics student shouting several racially charged comments at a group of African-American students right outside a library on campus. The student appears intoxicated.

“We built the modern world,” the student shouts at the beginning of the video.

“Who?” an off-camera individual asks.

“Europeans built the modern world. We invented science and industry and you want to tell us to stop because, ‘Oh my god, we’re so bad,'” the student shouts. “We saved billions of people from starvation,” the student continues, as nearby students yell at him. One African-American student asks him about slavery, which the student ignores.

“White people are the best thing that ever happened to this world,” the student continues. “We are so amazing, I love myself, and I love white people. Fuck yeah, white people.”

“Fuck yeah white men, we did everything,” he concludes. “I don’t hate other people, I just love white men.”

“We invented the modern world…White people are the best thing that ever happened to the world.”

– Columbia University student, who reportedly approached a group of students of color on campus last night for this tirade

The incident happened around 2:45 AM Sunday morning, according to Bwog. One student who witnessed the incident said that the whole encounter lasted approximately five minutes. The student also said that this was not the first time the physics student had accosted minority students.

Columbia denounced the incident in a statement. “We are alarmed at the rise of incidents of racism and hate speech in our world today. It is more important than ever that we continually demonstrate our core values and restate our commitment to a diverse, inclusive community on campus,”  the school said.