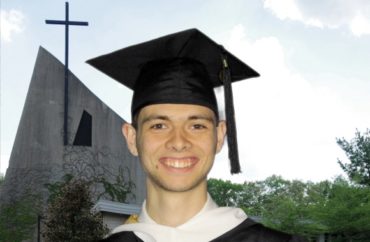 OPINION: Thinking someone else should bail me out is dishonest and immoral

It is a phrase we have heard many times, often with a negative connotation following a misstep in life, but it can also refer to something positive.

As a recent college grad, I have a mountain of debt to pay off, about $40,000 and some change. But on the flipside, I have a college degree now. It was an exchange I agreed to knowingly. It was a price I was — and am — willing to pay.

Later this month the first debate of the 2020 Democratic presidential primary will feature a long list of candidates vying for the nomination, and I expect every single one of them to pander to young voters like me, promising to pay off my college debt or just forgive it.

That’s an insult to me. I took out student loans. To not pay them back myself would be dishonest and immoral. Again, actions have consequences.

Last month I graduated from Franciscan University of Steubenville, a small Catholic institution nestled in the Ohio River valley. It was the culmination of a four-year journey that was one of the best experiences of my life and came with a lot of personal growth.

But when I made the decision as a senior in high school to attend this university, I accepted a responsibility — I am morally accountable to pay for the education I would benefit from, and that I agreed to pay for.

I knew how expensive it was when I signed on the dotted line. The yearly tuition plus room and board at Franciscan is close to $35,000 a year. Thanks to some scholarships and help from my father’s GI Bill I walked away after four years with a degree in communications and a little over $40,000 in student loan debt from both private and government loans.

Nevertheless, I accepted the cost of attending college, and I will never demand that anyone “forgive” me those loans. I will pay every cent of it, including interest, because I accept the responsibility of my actions.

Demanding that I be relieved of that burden that I voluntarily took on would not only be a failure to accept the consequences of my actions, but it would also be immoral, it would be dishonest.

I gave my word that I would pay it back. It’s a matter of integrity.

But what’s wrong with the country today is that too many promises between two parties have becoming meaningless. Today we see the ramifications of people who renege on agreements, leading to the deconstruction of civil society. From the high divorce rate to big-government bailouts, personal responsibility seems to have been lost.

Promises, vows, contracts, these words no longer mean what they used to mean. They have simply become agreements that can be dissolved long after they’re made, yet only to the benefit of one party.

That is what student loan “forgiveness” is. It is stealing. It is an assault on individual integrity, and it is a destructive force against social norms that dictate that an agreement between two parties is honored.

If I could get out of paying my loans, I’d love it. But I won’t complain and demand that I be given that luxury. I value my integrity and I value my honesty.

One day, hopefully, I will buy a house. And you’ll never hear me ask that I be forgiven my mortgage.

One day I hope to buy a car. And you’ll never hear me ask that I be forgiven my car loan.

Why should paying for college be any different?