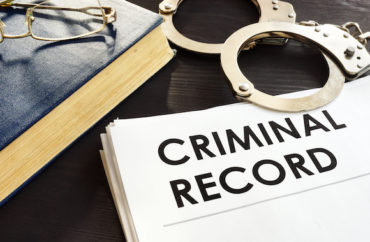 The Illinois legislature may soon forbid public universities in that state from asking prospective students if they have a criminal record.

Representative Mary Flowers’s HB0217, if passed, would mandate that public institutions of higher learning in the state “may not inquire about or consider an applicant’s criminal history information at any time during the admission decision-making process.”

Under this bill, schools would be allowed to ask about a student’s criminal record under certain circumstances. The law “allows a public university or community college to inquire about criminal history for certain purposes after the admission decision-making process, but forbids a public university or community college from rescinding an admission offer based on the information.”

Flowers’s bill follows the attempted passage of HB3142, another bill which proposed the same rule and which stalled earlier this year amid concerns of student safety.

The bill is meant to ensure that prospective students are not barred from higher education solely by their criminal records. Yet Representative Jeff Keicher, a graduate of Northern Illinois University, told The College Fix that “this is not a pervasive problem in need of a solution.”

Keicher told The Fix that in 2017 Northern Illinois University received applications from 312 individuals with felony records. Seven of these individuals were denied entry, six of whom failed to meet basic academic requirements. Only one was turned away because of the severity of crimes committed, Keicher said. Northern Illinois University has an undergraduate enrollment of around 15,000.

According to Keicher, who has talked extensively with his state’s educational institutions, “all the [state] universities have very similar numbers and metrics.”

Keicher stressed that in some cases, colleges and universities need “recourse if they discover that somebody has a serious felony in their history.” Recollecting his Illinois alma mater’s unfortunate history of campus violence– a shooting which claimed the lives of six and injured 21 more—Keicher says that, for colleges, a primary responsibility is “preservation of safety of those 17 and 18 year olds that are away from home for the first time.”

“I would suggest to you that we are one bad actor away, one horrible incident away with this legislation from having a parent say, ‘What do you mean you put my daughter in a cohabitational dorm with somebody who was a felon?’” he said.

Wheaton College student Sofia Leichen echoed some of Keicher’s sentiments, saying that her college, located in northeastern Illinois, should be a place for second chances but that schools should be able to weight the severity of particular crimes.

“Colleges should also be able to ask what the felony was. There’s a difference between rape and murder vs possessing an ounce of certain drugs,” Leichen told The Fix.

Emily Park, also a student at Wheaton, expressed similar concern, worrying that the bill “opens up a door that was previously closed to certain people who could cause harm on campuses.”

Eric Jome, a spokesman for Illinois State University, told The College Fix that the school does currently “ask prospective students about any past criminal convictions and any past dismissal from a school for disciplinary reasons.” However, “an answer of ‘yes’ to either of those questions is not an automatic rejection of an applicant.”

Rather, the university asks for “further information about the circumstances surrounding past convictions…and that information is reviewed on a case-by-case basis,” Jome said.

School law enforcement have also expressed reservations about the bill. Illinois State University Chief of Police Aaron Woodruff told The Illinois News Network that students have voiced concerns about the law’s impact on the school’s campus.

“A student came to me and said, ‘Why are they more concerned about rapist’s rights than my rights?’ I didn’t have a good answer for her. And that’s the question I propose to our legislators. If you think about it, in simple terms, we are giving rights to rapists over the rights of our other students,” Woodruff told The News Network.

Keicher stressed the need to assure parents in particular that their children are not in any danger. “I appreciate that misdeeds need to be forgiven, but I also appreciate that parents sending their kids away trust that they are going to a safe and secure environment, and we need to do everything we can to honor that trust,” he said.

Ironically, a law passed by the state’s legislature last year penalizes in-state carnivals that don’t conduct background checks on certain employees. Not a single member of the state house voted against that bill, though 49 representatives voted against HB3142, the college bill from earlier this year. That bill ultimately failed in the state senate.