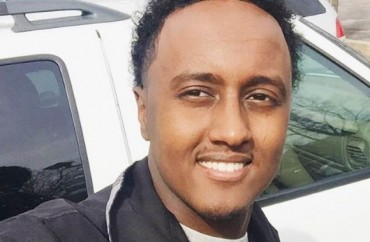 As a high school senior living in St. Paul, I was excited to visit the University of Minnesota to watch a joint lecture by Christina Hoff Sommers and Milo Yiannopoulos. It was to be one of my first campus experiences as I gear up to attend Ithaca College in New York this fall.

But what I discovered at this institution of higher learning shocked me to my core.

A raucous demonstration prevented me from even getting inside the door. The unruly protest included a throng of students holding signs and shouting that the university was supporting “transphobic hate speech.” They chanted “trans lives matter” and “end rape culture.”

As someone who has been celebrated by the ACLU of Minnesota for my youth activism in support of LGBTQ and women’s reproductive rights, I was highly taken aback by the display. In my native Kenya, I saw firsthand how women are denied comprehensive reproductive health care services and how the LGBTQ community is forced to live underground. I’m only 18, but I have dedicated myself to working against that here. To suggest I support “transphobic hate speech” and “rape culture” for my desire to attend this lecture was not only ludicrous but a personal affront to everything I have worked for in recent years as a civil libertarian.

I finally managed to make my way into the event – 90 minutes after it began – missing most of it and feeling frustrated, confused and concerned. That evening I had something of an epiphany.

I really began to understand the pernicious influence student activists who would normally have my sympathies have on the campus environment, especially when it comes to free speech.

As a student interested in joining campus activism groups to help fight for causes I feel are important, this sort of flagrantly intolerant behavior is off putting, disheartening, and makes me genuinely concerned about how my college experience will turn out to be.

RELATED: Student who criticized college race protests has to finish school at home due to continued threats

The crusade against free speech does not end there.

With the upsurge of campus activism occurring nationwide, activists have proposed to their administrations lists of ambitious— near autocratic— racial justice demands, some of which call for possibly disciplining students who express certain views.

As a rising college freshmen, I am very concerned about my future experience. These trends scare the living hell out of me.

I expect college to be a place of intellectual growth that respects and permits all views to be to presented, challenged and debated through constructive dialogue, not a hostile arena that demands ideological conformity and persecutes those who dare to voice opposing viewpoints.

RELATED: Mob storms ‘Students for Trump’ meeting, then it gets ugly …

Even as a dedicated progressive who has a keen interest in social justice issues, I believe this new wave of campus activism does more harm than good and completely contradicts itself.

Young people pride themselves on being inclusive to other forms of opinion and for encouraging others to have open minds towards people of different genders, sexualities, and ethnic backgrounds. But what we’re finding to be true is that those who are encouraging a more inclusive atmosphere are only encouraging viewpoints that they themselves find to be true.

But I thought an integral part of the college experience is to be exposed to different opinions and values— even if they make you uncomfortable— so that you can form your own opinions and positions on important and contentious issues. My generation is witnessing a new form of social justice activism. In today’s activism scene, mere disagreements are equivalent to disrespect— even physical violence.

Critics argue that individuals who bemoan the state of free speech on college campuses are using free speech as a way to undermine the anti racism work of student activists. That is a malignant falsehood.

My goal is not to condemn these students or completely denounce their concerns. I energetically oppose any form of racism, sexism, and bigotry just as firmly as they do. But sometimes, good intentions can yield bad results. The zealous endeavors of these students are remarkably ill-conceived.

I am a firm believer in free speech and this current wave of activism happening across America’s finest institutions is brazenly hindering students from exercising their constitutional right to free expression.

College is supposed to be a place where people with various backgrounds and beliefs come together to better their education. Individuals should be able to speak freely about their views without having a witch hunt against them for uttering words that make a person feel even slightly uncomfortable. That principle should be applied to both sides of the debate.

Mahad Olad is a high school senior residing in Minnesota.

RELATED: ‘I am not an intolerant dictator,’ says Wesleyan student official who bashes free speech