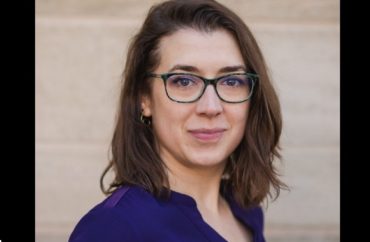 ‘As an astrophysicist, I’m a product of institutions that are steeped in systemic racism and white supremacy,’ Professor Natalie Gosnell said

An astrophysicist at Colorado College said that her field suffers from “systemic racism” and “white supremacy” as evidenced by its focus on “individualism” and “exceptionalism.”

Professor Natalie Gosnell enjoys her work at the intersection of science and art, but one thing she struggles with is the racism embedded in astrophysics. She also said the field has problems with “violent” and “hypermasculine” bias.

Despite the strong ties she feels between art and science, she’s had to work for years in a society divided. Gosnell sees this division rooted in the systemic racism and sexism that the physics institution has been born into, and it limits what physics could be and limits the people who feel welcome practicing it.

“As an astrophysicist, I’m a product of institutions that are steeped in systemic racism and white supremacy,” Gosnell (pictured) told the university publication. “The [tenets] of white supremacy that show up [in physics] of individualism and exceptionalism and perfectionism… it’s either-or thinking, and there’s…no subtlety, there’s no gray area.”

“Most of Gosnell’s career has been dictated by the hyper-masculine world of astrophysics,” the blog reported. “Now, she is deciding that she doesn’t have to fit into that mold — she is changing the ways she teaches physics, and the way she professionally shares it.”

She said that some “metaphors” used in science are “very violent and hypermasculine.”

The university publication gave an example of how journalists covered the topic of stars dying and transferring their mass to another star in a way that used a “violent, hyper-masculine lens,” by calling them “Vampire Star” and “Cannibal Star.”

“I think because science and art have been so separated, and there’s […] systemic issues within science, the metaphors that are often chosen [to discuss science] are very violent and hyper masculine,” Gosnell said.