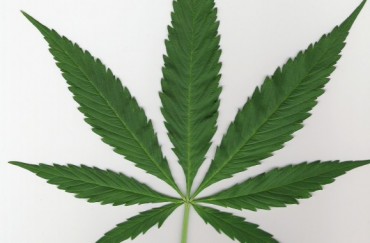 Legal fees for the trial portion haven’t been resolved

It’s hard to think of a university that’s had a worse few years in court regarding a First Amendment dispute than Iowa State.

It was slapped down for refusing to let a pro-marijuana student group use the university’s name on its club T-shirt (which included a pot leaf), when it let every other student group use its trademarks on their club gear.

Now Iowa taxpayers are finally footing the bill for the university’s litigation adventures – and they’re going to pay even more later.

Courthouse News Service reports Iowa State is paying the plaintiffs and their lawyers $343,260 just for the appellate portion of the lawsuit:

The State Appeal Board last week agreed to pay $75,000 apiece to the two students who sued — Paul Gerlich and Erin Furleigh — plus $178,826 to Davis Wright Tremaine and $14,434 to Faegre Baker Daniels, in Des Moines.

The legal fees are for the law firms’ appellate work. Legal fees for their work at the trial level will be determined on remand by Judge [James] Gritzner. Those fees are expected to be substantially higher than the appellate fees. In other words, taxpayers are looking at a high six- to low-seven figure payout because the school was afraid people would think it institutionally endorsed pot smoking (inset, the shirt). The original lawsuit was filed more than three years ago.

The state finally came to its senses, with the attorney general’s office telling the appeal board last week that it would cost even more to to endure “a trial solely on the question of damages.”

The 8th U.S. Circuit Court of Appeals’ ruling that the ISU officials didn’t deserve “qualified immunity” for violating the students’ rights stands in stark contrast to the 10th Circuit’s recent ruling that gave immunity to a University of Kansas administrator for expelling a student based on a private tweet, saying First Amendment law wasn’t “clearly established.”

Ari Cohn of the Foundation for Individual Rights in Education, which sponsored the lawsuit against ISU, writes about the importance of courts holding individual administrators financially responsible:

Without that threat, student rights would be in grave danger as administrators would undoubtedly find it easier to beg for consequence-free forgiveness in court rather than refrain from violating the Constitution. This is precisely why it is dangerous when courts grant undue immunity to administrators rather than expecting them to carefully consider whether what they are doing is lawful. As I have noted previously, the only thing that a public university hates more than a court ruling against it is a court order to pay for it. And if there is anyone who should hate it even more, it’s the taxpayers whose money ultimately funds that university.

Cohn’s colleague Peter Bonilla noted the settlement was timed well with an upcoming ISU event on freedom of expression, featuring the chancellor of the University of California-Irvine, a staunch public defender of student free speech.

And what a time and circumstance for Iowa State to be hosting a discussion on free speech! https://t.co/hYVaK63qkd https://t.co/Hbh6SJI5pI