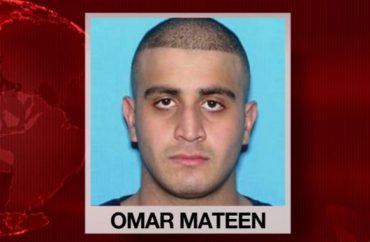 ‘Violent Jihadist Attacks’ have led to twice as many deaths as ‘Far Right Wing Attacks’ in the U.S. since 9/11, and ISIS online recruitment remains clear and present danger to Americans

BY: Dr. Andrew Holt, professor of History at Florida State College at Jacksonville. Holt has published numerous books on religious history, with a particular emphasis on the crusades and historic relations between Christian and Muslim societies.

Early Sunday morning, Omar Mateen, the American-born son of Afghan parents, walked into a gay bar in Orlando and slaughtered at least fifty people. In terms of total deaths, this was the largest terrorist attack on U.S. soil since 9/11 — far surpassing similar massacres at San Bernardino, Fort Hood, the Boston Marathon Bombing, Chattanooga and elsewhere. The Islamic State has claimed credit for the attack as their supporters cheered and celebrated the attacks on social media.

According to law enforcement, Mateen called 911 just moments before the massacre to pledge allegiance to Abu Bakr al-Baghdadi, the so-called “caliph” of the Islamic State. Only weeks earlier, the Islamic State had called for its followers to carry out attacks on Americans and Europeans during the Islamic holy month of Ramadan. As it turns out, Mateen was probably just the type of person the Islamic State was targeting with such a message. He had twice been under investigation by law enforcement for suspected ties to Islamic extremism. In one case his rhetoric alarmed his co-workers enough that they reported him to authorities and in another case he associated with a person who went to Syria to fight on behalf of the Islamic State. In both cases, there was not evidence of a chargeable crime, so the investigations led nowhere. (Pictured, Dr. Andrew Holt) The Islamic State’s online propaganda machine is powerful and should not be underestimated. Not only has it drawn tens of thousands of foreign fighters to Syria and Iraq to fight and die on behalf of the Islamic State, as well as a much larger support network that made it possible, but it has inspired supporters at home to carry out attacks like those we have seen in Orlando, San Bernardino, Paris, Belgium and elsewhere. The U.S. government has shown considerable concern about the ability of the Islamic State to use the internet and social media to win support among Muslims, as U.S. officials had recently announced that there were around 1,000 investigations related to the Islamic State in all 50 U.S. states resulting in nearly 100 arrests over the last couple of years. While law enforcement officials have successfully shut down scores of intended terrorist attacks, the sheer volume of potential threats they are dealing with makes it almost impossible to catch them all. The two inconclusive investigations of Mateen, who only acted on his radicalism later, are representative of the challenges associated with those types of investigations.

Mateen’s choice of a gay bar as a target, in hindsight, is not surprising. According to his father, who has declared his support for the Taliban online, Mateen had gotten angry when he spotted two men kissing in public in Miami, suggesting that his son’s actions were an expression of anti-gay bigotry rather than having anything to do with religion. The problem with such a view is that extreme hostility toward homosexuality is found in much of the Muslim world and is often justified by those who hold such views with reference to Islamic religious texts. In countries such as Yemen, Iran, Iraq, Mauritania, Nigeria, Qatar, Saudi Arabia, Somalia and elsewhere, gays have been subjected to brutal physical punishments or execution by Islamic courts or Islamic militia leaders in recent years, who typically justified their decisions based on their interpretations of sharia law. More specifically, in the case of Mateen, he would only need look to the teachings and example of the Islamic State, which has posted several brutal videos online of executions of gays in the territories under their control. Their preferred method of execution is to throw their blindfolded victim from the rooftops of tall buildings, sometimes making children carry out the execution. If the fall does not kill them, then the spectators stone the broken victim until he dies. They justify this method of execution, and the execution itself, by claiming it will cleanse the victim of their sins.

The massive numbers of deaths in the Orlando massacre also definitively changes the conversation concerning terrorism in the United States. The New America Foundation maintains a widely cited tally of “Right Wing” terror attacks in comparison with jihadist inspired attacks. Their study, it seems to me, compares apples to oranges as they lump all acts of what they deem the product of right wing extremism together, but do not equally count all examples of Islamic extremism. Prior to the Orlando attack, they arrived at figures that claim since 9/11 (excluding the 3,000 victims of 9/11) “right wing” extremists had killed 48 people in the U.S. while jihadist inspired attacks had killed only 45. As a result, their figures were cited throughout the major media to claim right wing terrorism was more deadly than Islamic terrorism. This did not address the fact that Muslims account for less than 1 percent of the U.S. population, yet nearly 50 percent of all terrorism related deaths even by such accounting. Also, if one were to include the deaths of 9/11, by adding one more day to the period they study, then there would be around 62 Americans killed by Islamic extremists for every 1 American killed by right wing extremists over the last 15 years. None of this is to downplay the suffering of some very real victims of right wing extremism, but to put it in perspective.

To the foundation’s credit on Sunday it updated its list to add the current 50 fatalities (a number likely to rise) to their total, bringing their current numbers to 95 Americans killed in “Violent Jihadist Attacks” and 48 killed in “Far Right Wing Attacks.” Consequently, even if one were to accept the methodology of the New America study, as well as the exclusion of the 3,000 Americans killed on 9/11, then “Violent Jihadist Attacks” have led to twice as many deaths as “Far Right Wing Attacks” in the U.S. since 9/11. So the widespread media talking point that “right wing terrorists kill more Americans than Islamists” must change.

This change in dialogue is important, as we cannot begin to adequately deal with a problem until it is, at the very least, properly recognized. Islamic extremism has proven to be one of the great challenges of our time. According to the Global Terrorism Index, the overwhelming majority of the more than 32,000 terrorism-related deaths worldwide in 2014 were related to Islamic extremism. Of those deaths, nearly 80 percent were in just four Muslim majority countries, including Iraq, Afghanistan, Pakistan, and Syria, as well as in Nigeria, which has a significant Muslim minority (40 percent) and where the Islamist group Boko Haram has been slaughtering thousands. Many additional deaths were also attributable to Islamic extremism in Muslim-majority countries like Somalia, Yemen and elsewhere. Now a large majority of deaths due to terrorism in the U.S. are also, by any standard or accounting, attributable to Islamic extremism.

This is certainly not to suggest that all Muslims embrace Islamic State-style extremism, as the majority reject it and Muslims themselves are its primary victims. But it seems a disservice to Muslims who reject and combat extremism in their communities, often at risk to their lives, to then deny that a problem exists.

Doing so does not blame all Muslims for the actions of extremists (and shouldn’t), as Islam represents a spectrum of beliefs, from those who hold a peaceful view of Islam that is seemingly compatible with western values to those who embrace the ideology of the Islamic State, al-Qaeda, Boko Haram and other such groups that produce and encourage savage extremists like Omar Mateen.

But it nevertheless remains true, objectively, that proportionally and in terms of scale, terrorism is a far greater problem among and within Muslim communities than any others.