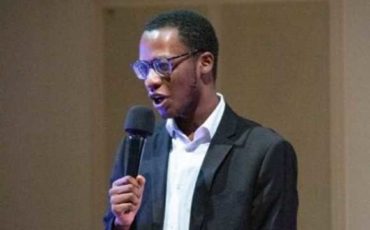 A teacher and writer celebrates his favorite poets, lately tossed in the dustbin of identity politics

Approaching literature through a political lens misunderstands art and deprives students of the pleasures and benefits of aesthetic appreciation, black British writer Tomiwa Owolade argued in a June 29 essay for UnHerd.

Owolade (pictured) worked as a secondary school English tutor in March 2020 during the pandemic lockdown and was allowed to teach whatever he liked. He introduced the students to the poets Philip Larkin and Seamus Heaney, whose work he had loved as a child. Those lessons “constituted one of the best periods of my life,” he wrote.

Presumably, the Oxford, Cambridge and RSA Examinations, one of England’s main exam boards, did not consider the experience of teachers such as Owolade when it resolved to remove Heaney and Larkin, along with other white authors, from its syllabus in September. Dead white males are out, and poets from Somalia, Guyana, and Ukraine are in, attempting to make the syllabus more inclusive and “decolonise” it from its racist past.

“We want to reflect diversity and inclusivity not just in our qualifications, but in the material we produce to support their delivery, as well as in the assessment of our qualification,” Jill Duffy, chief executive of OCR, stated in a June 22 news release.

So 15 “exciting and diverse poems” have replaced the likes of Larkin and Heaney in the English Literature anthology used to teach secondary students, according to the release.

The problem with making “diversity and inclusivity” the supreme criteria for inclusion in a standard English literature anthology is that it implies that the most important features of a literary work are the race, nationality, or other identity markers of its author. It suggests that we should study and experience literature primarily to learn about these attributes, which are assumed to be central to the works.

But the richness of literature consists in its transcendence of race, gender and ethnic particularity. It is about those things, yes, but it is about many other things that the “diversity” mandates neglect.

Owolade shows us why he loves Seamus Heaney for his skill, regardless of his race

Owolade suggests some of the richer ways we could read and teach literature in a short, vivid tribute to Seamus Heaney’s poetic power:

I love the firmness of Heaney’s lyricism and his scrupulous eye. In “Blackberry-Picking,” for instance, he writes of both the joy (“You ate that first one and its flesh was sweet / Like thickened wine: summer’s blood was in it / Leaving stains upon the tongue and lust for / Picking”) and the darker side to this endeavour (“But when the bath was filled we found a fur, / A rat-grey fungus, glutting on our cache. / The juice was stinking too. Once off the bush / The fruit fermented, the sweet flesh would turn sour”). This is what ultimately distinguishes poetry, not communicating a direct message, but evoking a powerful sensibility.

Of course, a poet’s ability to do this does not depend on their race. The fact that great poets from non-white backgrounds are excluded from study is bad. But it is bad not because the identities of such poets are not being “centred”; it is bad because students are missing out on great poetry. Blindness to the artistic work of ethnic minority people is worthy of criticism, but assessing such writers on a tokenistic or ideological basis is another form of blindness: in both cases, the poetic merits of their work are ignored.

Here Owolade gives us a glimpse of Heaney exercising his creative power. Owolade shows us his admiration for the poet’s skill and, in doing so, shows us how others could learn to love it and emulate it in their writing.

“Decolonising the curriculum takes place at a superficial level, whereas I taught Larkin to my students because his poems move me at a visceral level: they convey the sense that, yes, this is what it is like to be haunted by fear and loneliness and impotence,” Owolade write. “And they do so with artistic virtuosity, using the right words in the right order to express such feelings.”

Fear, loneliness, and artistic virtuosity are among the fascinating topics proper to the study of literature that current pedagogical imperatives neglect by rehashing the tired old political identity categories, browbeating us with accusations of racism if we try to move beyond them, and forcing them into our canons, our curricula and our conversations about art.

The study of literature is not reducible to sociology or politics

“If English is simply another variant of sociology or politics, why should the study of it be distinguished from those subjects?” Owolade asked rhetorically.

Here he echoes the late literary critic Harold Bloom, who condemned postmodern literary theorists such as Derrida, Barthes and Foucault as “a pride of misplaced social workers.”

Of course people of all races and backgrounds should be encouraged to produce great art, and we should celebrate their best work. Of course literature has something to tell us about politicized identity categories. But to make literature only or primarily about those categories flattens it into something else, something more like “anti-racist” propaganda than art.

This flattening is “profoundly patronising to a writer such as [Wole] Soyinka,” whom the critic Heremy Noel-Tod had proposed as replacement for Larkin, Owolade wrote.

“He is the first African to have won the Nobel Prize for Literature. But a white poetry critic Noel-Tod doesn’t value him for his artistry, but for his activism.”

While those who want to decolonise the curriculum “see the relationship between non-white and white authors…as a zero-sum game,” great minority writers see themselves as adding to a tradition, not supplanting it, Owolade wrote.

“Toni Morrison is renewing William Faulkner; Zadie Smith is renewing Dickens; Derek Walcott is renewing Homer. Chinua Achebe’s Things Fall Apart was written in part as a rejection of Joyce Cary’s Mister Johnson and Joseph Conrad’s Heart of Darkness, but the title of Achebe’s novel is taken from a poem by William Butler Yeats and the plot resembles the structure of a Greek tragedy,” Owolade notes.

“There is some conflict between white and non-white authors in the canon, but there is also great continuity between these two groups.”

Like these other authors, Owolade claims all the traditions of Western literature as “his inheritance,” and he encourages teachers and students of all races to do the same.

As a teacher, “he never felt the need to ‘decentre’ white, male authors or slap on diverse voices for the sake of it,” he said.

“I was simply guided by what has moved me since I was a boy and continues to move me now: the transcendent beauty of great art.”

MORE: University drops sonnets because they are ‘products of white Western culture’