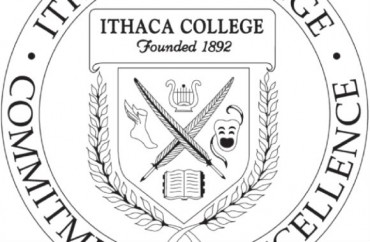 In the wake of months of protests and continued demands that he leave, Ithaca College’s president, Tom Rochon, announced this past week that he will retire after the 2016-17 school year.

Rochon said getting a new chief is a “fresh start,” and will give the college “a chance to address challenges on campus in a different way.”

In November, hundreds of students protested Rochon’s handling of several racial incidents, including racial profiling by police, a “Perps and Crooks”-themed frat party, and a black alumna being called a “savage.”

In response to the last occurrence, Rochon made the “mistake” of saying the administration “cannot prevent the use of hurtful language on campus.”

The search for a new Ithaca College president will begin this summer.

“I am proud of the progress and accomplishments achieved by the college over what will be a nine-year tenure as president,” Rochon said. “I look forward to working with the college community over the next 18 months … [to] make progress on issues of diversity and inclusion, shared governance and decision making.”

RELATED: Less than half of Ithaca College students demand resignation of president for racial response

“The message that has come through to me in the form of the student and faculty votes has been a difficult one to hear, but I am listening,” Rochon said after the vote, according to The Ithacan. “I understand that many people on our campus are frustrated with the pace of change and with my own role in effecting it. I remain determined to improve Ithaca College’s culture for the better.”

Rochon has served as Ithaca College’s president since 2008. [email protected], the group that led the fall protests and calls for Rochon’s resignation, celebrated Thursday’s announcement in a Facebook post.

“There is power in the collective,” the post read. “We did it!”

The Daily Sun notes that 72% of students who participated in a November poll expressed “no confidence” in Rochon.

However, The College Fix’s Greg Piper pointed out that “only 39 percent of students who received the poll – 2,695 out of 6,907 – ha[d] expressed a desire for Rochon’s resignation.”