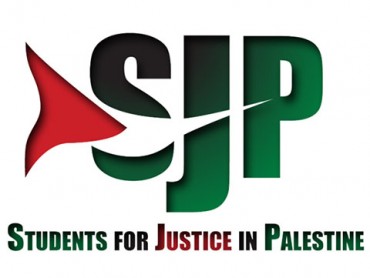 Students for Justice in Palestine (SJP) at Tufts University is busy with its fourth annual “Israeli Apartheid Week” this week, which concludes tomorrow.

This year, the focus of the week is “technology and militarization in the Israeli-Palestinian conflict,” according to the SJP’s Munir Atalla.

But Atalla cites the workshop “Connecting Black and Palestinian Queer Struggles,” as his most anticipated event … due to its “intersectional nature.”

“It’s always a joy to be able to connect struggles,” he said.

In the first few years of IAW at Tufts, Atalla said the organizers faced more opposition than they do now.

“It was such a Zionist place,” he said. “The shift in the discourse has been monumental.”

“Our first year that we did IAW, it was even controversial within the group,” he said.

Opponents of IAW took issue with the use of the word “apartheid” to describe the conditions of Palestinians living in Israel.

“We knew that using that word was going to be very controversial,” Saba said. “[But] we knew that if we were to not use that word simply to avoid controversy, then we are playing into the denial of that set of truths.”

Aviva Weinstein, a co-president of Tufts Friends of Israel (FOI), maintains opposition to the use of the term.

“‘Apartheid’ isn’t an accurate reflection of the reality in Israel,” Weinstein, a sophomore, said. “I’ve spent a lot of time in Israel. I’ve lived there for a year … It’s not the same kind of oppression that people experienced in South Africa.”

Atalla said that in past years FOI members and other IAW opponents attended events to directly voice their opposition.

“That strategy didn’t work for them,” he said. “They tend not to come to our events anymore.”

Atalla said that people have “already heard the other [Israeli] narrative. They’re marinating in it.”

“We’re asking people just to question what they’ve been taught,” he added.