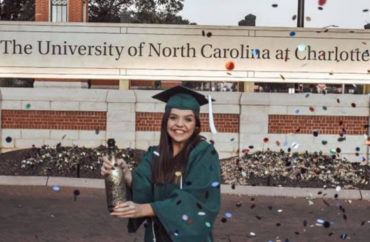 Earlier this month I graduated with a bachelor’s degree in political science from the University of North Carolina at Charlotte.

As I look back on my time on campus, I can honestly say I am thankful for both the professors who challenged me intellectually and were open to my conservative views — as well as the professors who tried to indoctrinate me, belittled my principles, or allowed me to be verbally bullied by classmates.

That’s because both types of experiences taught me how to better defend my beliefs as I enter the next stage in my life: real life.

As I consider law school, I know that my potential future career as an attorney would be built upon defending my stances with wisdom and logic. With that, I appreciate the tutelage the intellectual sparring on campus gave me. It toughened me up, taught me how to argue the facts. 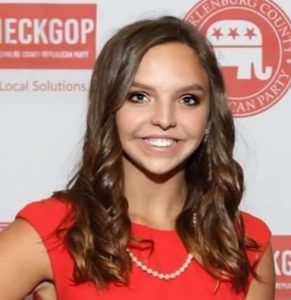 That’s not to say that I support professors who shut down their students’ thoughts and opinions. Nor did I enjoy being condescended to as an undergrad.

But looking back, in hindsight, it did help me grow.

Prior to my university experience, I was home-schooled from first grade through twelfth grade. I felt this non-traditional start to my educational journey might put me at a disadvantage, or at least at a different starting point, than some of my classmates. What I came to discover after some time in the classroom was that I was well-prepared to defend my beliefs.

Often I was the only conservative student to speak up in class, and I did have my fair share of leftist professors who badgered me over my opinions on abortion, immigration and economics.

For example, one professor my sophomore year labeled me “anti-choice” in front of the class when I expressed that the government should have a Constitutional responsibility to protect pre-born children.

But there’s another side to this story, too. I also had some professors who heard me out when I questioned their political views.

I can still recall the time I challenged one of my professor’s anti-capitalism opinions during a lecture. After class he walked up to me, and my stomach was gripped with tension of the unknown. Yet to my pleasant surprise, he offered me an extra credit opportunity to write an essay on why I believe capitalism is the best economic system.

This teaching opportunity strengthened my ability to articulate my opinions and gave me a chance to practice my writing skills.

I am grateful to say I had other professors who, although they disagreed with me, did not shut me down or insult me because of it. These select few professors were the highlight of my college experience, educators who prioritized teaching over indoctrination. They are a powerful reminder that some scholars still allow the Socratic method in their classrooms. They offer a chance for their students — both conservative and liberal — to grow as individuals and intellectuals.

Let me speak for my peers when I say “thank you” to all those professors out there who honor their call to educate. You help make our experiences on campus not only tolerable, but enjoyable.

Students in the university system in America shouldn’t be afraid to express their different views. They should be encouraged to express dissent and be taught how to defend their ideas and build arguments using reason and logic.

Unfortunately, far too often, leftist indoctrination is the lesson of the day. And not all students take it well, namely conservative freshmen who were not taught by their parents or high school teachers counter-arguments to liberal tropes. I’ve seen it happen first hand. They know capitalism is the only system that has lifted the most out of poverty, but they stumble on citing specifics. All too often they get devoured by their left-leaning professors and peers, and end up feeling bullied and belittled. They then go silent, or even worse, buy into the progressive dogma that socialism is the solution to all of the world’s evils.

The professors who tried to silence me taught me the importance of standing up for myself and for those who are voiceless in the face of unreason and unkindness. The professors who challenged my beliefs and encouraged me to work on articulating them in order to build a stronger argument gave me the tools I need to succeed in the decades to come.

Like me, conservative students who have fought bias throughout their education can step into the real world having already faced adversity by surviving a campus where about 80 percent of your peers and nearly 100 percent of your professors disagree with your political views.

While it is disappointing and disheartening that the once-great university system in America is so blatantly biased, and discourages differing viewpoints of students, there is hope in the strong level-headed and determined conservative students who are being shaped by this academic hazing into the future conservative leaders of America.