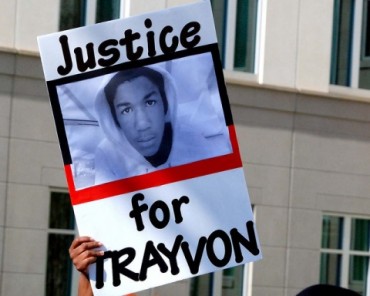 Its Facebook page says the group’s mission “is to compel our society to revalue Black lives and end the violation of human and civil rights of Black people.”

In a formation statement provided to The Huffington Post, the group says:

The horrific death of Michael Brown on August 9th was not just an “incident,” not just an “accident,” nor just “an unfortunate situation.” The reaction from communities of color across the nation and protests against police brutality that have followed are also not, as Fox Contributor Linda Chavez has put it, attempts to “enhance” racial fears and animosity by employing the “mantra of the Black unarmed teenager shot by a white cop.” Instead, the murder of Michael Brown and of countless other unarmed victims of color over the past few months are violations of the highest order. These incidents of police brutality, harassment, and murder are not only violations of our civil rights, but also violations of our basic human rights. Our country has somehow adapted a national policy that our deaths be quickly rationalized by preconceived notions, fueled by prejudice and hate—our lives shadowed with a perpetual fear that one day any one of us could come to bouts with this unjust, and oppressive system that we were never meant to survive. The growing list of situations which resulted in the death of Michael Brown has evidenced an ingrained flaw in the perception of people of color in the United States. The systemic nature of these injustices, regardless of the identities and backgrounds of their victims, makes them not a “Black” problem but an American one.