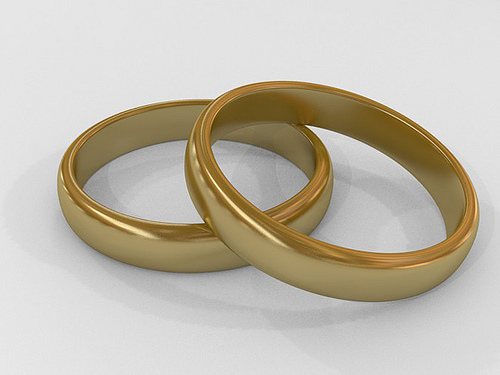 College Republican presidents at two Ivy League schools recently threw their support behind same-sex marriage, a sign of a growing trend among campus Republicans across the nation.

After a statement supporting gay marriage circulated among campus Republican and Democrat groups at all eight Ivy League schools, it was signed by the presidents of the College Republicans at the University of Pennsylvania and Columbia University.

At Princeton University, its College Republicans president publicly supports gay marriage, but did not sign the statement out of respect for his group’s other officers, who had mixed feelings, he said.

The statement reads: “We, the Presidents of College Democrats and College Republicans chapters, stand united to affirm the right of all Americans to marry the person they love, regardless of gender. We challenge our nation’s leaders to join us in defense of marriage equality for gay and lesbian couples.”

It was signed by Democrat student presidents at all the Ivy League schools.

“Personally, I think we should have done this years ago,” Trumbach said to The Daily Spectator. “It’s important for us to do this now to let people know that not all Republicans agree with the mainstream Republican party—especially young Republicans don’t all agree with that message.”

The Daily Princetonian reports that although junior David Will, president of the College Republicans, decided not to sign the pledge “out of respect” for other members of the chapter, he also expressed concern over the statement’s failure to distinguish between federal and state-level marriage rights.

Nevertheless, the pledge’s backing at Columbia University and UPenn is evidence of the growing number of young Republicans who, while maintaining support of limited government and free markets, desire a social platform more akin to that of the Democratic Party.

Chairman Ryan Lyk of the Minnesota College Republicans, for example, recently released a statement in support of gay marriage. He argued legislation prohibiting same-sex marriage contradicts the conservative principles of individual freedom and limited government, and stated he believes many young Republicans agree it’s time for the party to let go of its opposition.

“While I would never claim to speak for everyone in my organization, I know I speak for many young Republicans when I say that it is time for the Republican Party to move past this issue,” Lyk said. “I, like many of my colleagues, vote on economic and fiscal issues. The fact that we are still debating whether or not government can dictate marriage detracts from those issues and it is time we move on.”

That said, the conservative movement certainly does not lack individuals who continue to oppose same-sex marriage. College Republican chapters at Brown and Dartmouth told the Daily Princetonian they have declined to endorse the statement in support of same-sex marriage.

“We expect all Republican officials to uphold the Platform,” she wrote. “The endorsement of same-sex marriage is not acceptable.”

“In view of the pro-gay-marriage brief filed this week by a group of mostly Republican has-beens, we call on the Republican National Committee to consider passing a resolution, at its next meeting, re-affirming its support of the Platform and of the Defense of Marriage Act, which was overwhelmingly passed by Congress,” Schlafly wrote, her comments summed up in a Washington Times article.  “I view this as extremely important to the credibility of the Republican Party to the millions of American families who constitute the very base of the party.”