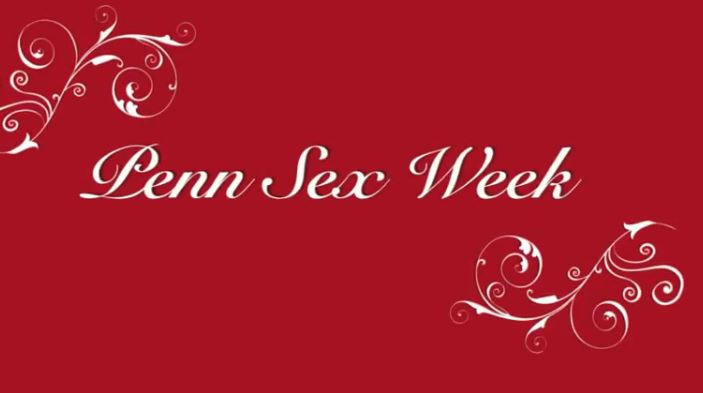 “It’s a wonderful way to share sex in a more intellectual way,” 20-year-old junior Arielle Pardes, founder and co-chair of Sex Week at UPenn, said in a telephone interview with The College Fix.

Penn’s media relations director, Ronald Ozier, told The Fix in an emailed statement that the Ivy League research institution had no direct funding role in the event and declined to comment on what educational value, if any, “Sex Week” offers students.

Pardes said she secured financial support for the endeavor  from Hillel – a Jewish student campus group – as well as the school’s Social Planning and Events Committee and the LGBT Center. All three groups are listed on Penn’s website as registered student organizations.

University of Pennsylvania has now joined Brown, Harvard, Yale and other Ivy League universities in the growing and controversial Sex Week tradition.

It’s unclear what Gallop spoke on at UPenn. But she gave a talk at the University of Missouri last month with the same title, during which she recruited college students to join her online amateur pornography movement, telling them it’s an easy way to make a few bucks and pay down student loans.

On Wednesday, workshops included “Writing Erotica” and “The Female Orgasm” as well as: “Reclaiming Pleasure: Constructing a non-oppressive, non-repressive sexual ethic in the shadow of religion.”

Pardes, in her interview, defended Sex Week, noting that as a gender sexuality studies major, she has learned how vital and relevant the exploration of sexual themes is not only to college students, but the academic community as a whole. She went on to highlight Sex Week’s interactive side as well.

The week’s “Body Positive Yoga” session, for example, gave Penn students the opportunity to “get to know your body and what feels good,” Pardes said.

Students who attended Dr. Chris Fariello’s “Sexual Wheel of Pleasure: From Vanilla to Rocky Road” enjoyed the opportunity to play with sex toys and watch videos about sex, Pardes said.

Other workshops throughout the week included an interfaith panel, discussions on transgender health issues, a talk on relationships, a Take Back The Night observance, and a performance by Penn’s student run experimental theater group.

That student production, called “Cloud 9,” is described by the group’s website as a look at morality and sexuality: “Men play women, women play men, whites play Africans, adults play children, and somehow, it all makes very good and proper sense.”

Despite the overarching themes of sex paraded throughout the week, Pardes said there was no pushback or resistance from administrators or any other campus groups.

Logan Levkoff, a Penn alumnus who led “The Female Orgasm” workshop at Penn last week, said she saw its inaugural Sex Week moving forward with virtually no controversy as a sign of how attitudes toward sex have shifted over the years, according to a statement she made in The Daily Pennsylvanian.

Pardes said she and other co-founders seek to expand Penn’s Sex Week even further next year.