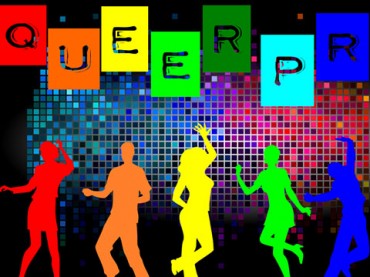 Your name must match your photo ID under campus rules

Loyola University-Chicago is making a play as the most LGBT-friendly Jesuit school in the country.

It’s not the first such gathering for Ramblers: Loyola hosted a citywide “Coming Out Ball” in 2010 that was described as “a big, queer prom.”

“Queer Prom is an opportunity for our respective LGBTQIA collegiate communities to come together and celebrate our identities,” reads the group’s Facebook page for the evening of “music and dancing.”

Advocate wants Queer Prom to “revitalize that past tradition of the annual Coming Out Ball,” the invitation reads. But even a gay prom in Chicago hosted by a Jesuit school can have exclusive policies, according to some transgender students.

The invitation notes that non-Loyola prom attendees would be required by Campus Safety to check in with photo IDs that matched their chosen name, even if they did not go by their legal names.

RSVPing through Facebook has caused some issues with transgender attendees whose ID cards don’t match their guest-list names, which include “vanity names, nick names, middle names instead of last names” and such, Michael Reppen, president of Advocate, told The College Fix in an email.

“Unfortunately, many members of the Trans community are now faced with the concern of having to disclose personal information that they may not wish to (and ideally shouldn’t have to),” Reppen said.

One person complained on the prom’s event page: “Lots of people (especially trans people) don’t have a Facebook name that matches their picture ID, or they do not have Facebook at all because of its transphobic policies.”

Reppen promised that “everyone will be treated with the decency that they deserve as human beings, and that any information disclosed to us will remain confidential.”

Reppen expects the prom to draw 100 to 150 attendees. While most students will be ages 17 to 23, “we may have some attendees that are older, and they will be welcome to attend.”

The university would not disclose how much money is being spent on the Queer Prom.

A university spokesperson deferred questions to Reppen but said there was no conflict in a Catholic university hosting a queer prom.

The Student Diversity and Multicultural Affairs Office, which houses the LGBTQIA Initiatives, did not return multiple requests for comment.

Loyola is not the first Catholic school in the area to host a queer prom.

LGBTQA Student Services at DePaul University, which is run by the Vincentian order, hosted a queer prom last May in its art museum.

California’s Santa Clara University, another Jesuit school, hosted a “Rainbow Prom” a year ago to promote gay marriage, as reported by The Fix. New York’s Fordham University, also Jesuit, hosts annual queer proms, though prior to 2012 they were known as LGBT proms.