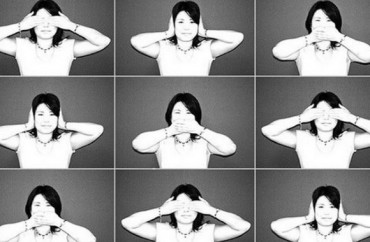 The following is a guest column by Robert Spencer, director of Jihad Watch.

The controversies at the University of Missouri and Yale make it indisputable that America’s universities and colleges are today less institutions of higher learning than centers of Leftist indoctrination and agitprop. As if aware, however, that forcible suppression of unwelcome points of view is contrary to the very idea of a university, today’s academic authoritarians cast about for fig leaves to cover up their slavish adherence to politically correct norms. At Saint Anselm College in Manchester, New Hampshire, officials have recently invoked security risks to cover up their hostility to points of view that veer too far from acceptable Leftist norms.

This is, unfortunately, a story in which I play a part. Several years ago, a student group invited me to speak at Saint Anselm. Posters were being put up advertising the talk when Saint Anselm’s then-President, Father Jonathan DeFelice, O.S.B., canceled my appearance, reportedly citing complaints he had received from Muslim students at the school. Islamic groups, like their Leftist allies, share a taste for shutting their critics down rather than engaging in ideas, and Fr. DeFelice was happy to oblige them.

If the story had ended there, Saint Anselm would be no worse than dozens of other colleges and universities where officials caved to pressure from Muslims who played the victimhood card to shut down those who air inconvenient truths about the nature and magnitude of the jihad threat. But it doesn’t: the following year, after Fr. DeFelice had retired and been replaced as President of the college by Dr. Steven R. DiSalvo, Saint Anselm’s philosophy department invited me to be the guest speaker at a symposium.

DiSalvo, following his predecessor’s lead, nixed that appearance as well. Several Saint Anselm professors balked at this, complaining to DiSalvo that colleges were supposed to be centers of free inquiry and intellectual engagement, and that he was acting contrary to what institutions of higher learning were supposed to be all about by banning points of view in line with politically correct norms.

Cornered, DiSalvo found an excuse: he was all for free inquiry and unpopular opinions (the unpopular question in my case being the rather obvious point that Islam is not really a religion of peace), but he just couldn’t allow me to speak on campus because I had received death threats. He explained that, were I to be present on campus, Saint Anselm students would be endangered – what if a violent extremist were to burst onto campus while I was speaking?

The dubiousness of this explanation is obvious. Numerous people who have received death threats have spoken on college campuses all over the country without incident. Since I first began receiving death threats, I have spoken at universities all over the country, including UCLA, Temple, Penn State, UNC, UVA, SUNY in both Binghamton and Stony Brook, Brown, Cal Poly, and many, many others. When people who have been threatened appear in public, they generally are in the company of security personnel who are equipped and prepared to deal with any incident. Why Saint Anselm considered any kind of security arrangements to be inadequate, DiSalvo didn’t explain, leaving open the question: why is Saint Anselm College so much more unsafe than all other campuses? Other colleges and universities nationwide can and do host speakers who have been threatened, and take measures to ensure everyone’s safety. Saint Anselm, by its own admission, can’t do that.

As implausible as it was, DiSalvo stuck with his security excuse. Often as I speak around the country I do TV appearances from a local studio; on one swing back up to New England last summer, however, a Fox News producer told me that I couldn’t do the segment from the Videolink at Saint Anselm’s New Hampshire Institute of Politics (NHIOP), as she had been told that I was not welcome to use the Videolink there.

I found this curious, and thought I’d go by Saint Anselm to ask why, certain that any misunderstanding could be cleared up. While there, I discovered that it was again because of the death threats I had received. But while attempting to discuss this with Neil Levesque, the head of NHIOP, I was threatened by a Saint Anselm security guard, and told that I was henceforth barred from the campus on pain of arrest for criminal trespass. That’s how a Leftist “institution of higher learning” deals with dissenting points of view these days.

The presidential candidates should take note of all this as they travel through New Hampshire. In the run-up to the first primary they often make appearances at Saint Anselm; they should be aware that Saint Anselm officials believe themselves to be utterly unable to stop those who make death threats from attacking their targets on campus. Savvy candidates should avoid Saint Anselm at all costs – and parents whose children are in school there should quickly transfer them to another school, one that is better able to protect its charges.

Saint Anselm is not alone in its unctuous and self-righteous authoritarianism: Adams State University in Colorado has recently barred one of its former professors from campus, also on pain of arrest for trespassing, after he publicly questioned some of the university’s policies. Less subtly, University of Missouri professor Melissa Click recently called for “muscle” to strong-arm a student photographer who had entered a meeting where he was unwelcome.

Saint Anselm College, like so many other outposts of American academia, has suffered a steep descent from the days when ideas could be entertained and dismissed on their merits alone. But as ridiculous as it is, the contention of DiSalvo and Levesque that those who have been threatened should not venture onto campus should be taken at face value. Anyone else who has received death threats and goes to Saint Anselm should know that there they are exposed and vulnerable. Who wants to be on a campus that claims that it can’t take elementary security measures?

In a world of microaggressions, trigger warnings, safe spaces, mansplaining, and so on, private academia subverts the free exchange of ideas by banning figures whose ideas they do not support – witness the brouhaha over freedom fighter Ayaan Hirsi Ali at Brandeis. At this point I am not just barred from speaking at Saint Anselm College, but even from setting foot on its campus. This is a new tactic in the academic Left’s attempts to suppress thoughts and ideas of which it disapproves. St Anselm’s pretext for silencing me is taking censorship and this suppression of ideas to a new level. As Mizzou and other campus grow increasingly hostile to any dissenting views, placid Saint Anselm’s, clutching its “security risk” fig leaf, has placed itself firmly on the side of the naked opposition to the freedom of speech and free exchange of ideas.

Robert Spencer is the director of Jihad Watch and author of the New York Times bestsellers The Politically Incorrect Guide to Islam (and the Crusades) and The Truth About Muhammad. His latest book is The Complete Infidel’s Guide to ISIS.