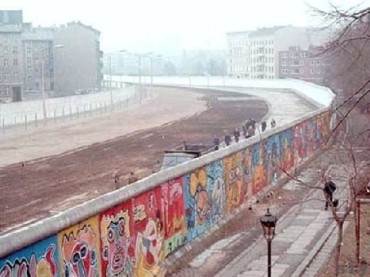 The president of the Society of Professional Journalists has condemned a new social media policy for colleges in Kansas that allows administrators to punish educators for social media post they deem inappropriate, saying in an interview with The College Fix that the policy reminds him of socialism.

“There is no need for this policy other than to chill speech and muzzle dissidents,” said David Cuillier, president of the board of directors for the national association and an assistant professor of journalism at the University of Arizona. “Welcome to East Germany, Kansas.”

Cuillier is one of many scholars who have joined forces to denounce the relatively new social media policy that sets limits on how educators can express themselves online. The policy was passed by the Kansas Board of Regents and applies to all Kansas Regents institutions, including universities, community colleges, and the flagship University of Kansas campus.

Under the new policy, staff and faculty members now can be disciplined or even fired if they make statements on social networking mediums deemed “contrary to the best interests of the university.”

The Association for Education in Journalism and Mass Communications has also spoken out against the Kansas Board of Regents controversial social media policy, calling for it to be rescinded. They say it infringes on academic freedom, violates their First Amendment rights, and suppresses intellectual discourse.

“The exercise of free speech is now potentially a firing offense at colleges and universities in Kansas,” the group states. “It is not difficult to imagine the chilling effect the new policy will have on freedom of expression in general and academic freedom in particular on university and college campuses in Kansas.”

Further, the association finds the policy redundant because it defines what kinds of speech are protected under its regulations and what statements could be a firing offense – distinctions that are already established through federal law and precedents set forth by First Amendment case law.

The association also argues the new policy could prove to be detrimental to the education of students in journalism at universities and colleges in Kansas because it has the potential to dissuade professors from teaching students about the medium out of fear of violating the policy.

“If Kansas’ journalism professors are afraid to teach students how to use these reporting tools because they may violate a vague social media policy, the future journalists they train will be unprepared for the real world of journalism in the digital age,” the statement reads.

Cuillier, an outspoken advocate for the rights of student journalists, also questioned the impact the policy could have on students reporting outside of the classroom.

Such a policy “could be used against the student journalists on campus if they report news that is ‘contrary to the best interests of the employer’,” Cuillier said.

“This policy can and will be abused to intimidate aggressive student journalists, and that’s a huge issue,” he added.

However, not everyone who teaches journalism agrees with these sentiments.

Ann Brill, dean of the University of Kansas’ William Allen White School of Journalism and Mass Communication, said the policy would not affect the manner that the school teaches social media to their students.

“The KU School of Journalism and Mass Communication will continue to teach its excellent students to report and write based on our traditional values,” Brill said in an email to The College Fix, especially “courses in the use and production of social media that are based in our tenets of academic freedom and The First Amendment.  All that will continue.”

But instructor Steve Wolgast at Kansas State University’s A.Q. Miller School of Journalism and Mass Communication does foresee the policy impacting how social media is taught in the classroom, thus inadequately preparing student journalists for news-making in the digital age.

The new policy was instituted in December 2013 as a response to a national media firestorm caused by a tweet from University of Kansas journalism professor David Guth following the September 2013 Navy Yard shooting in Washington D.C. that claimed the lives of 12 victims in addition to life of the gunman.

Guth tweeted: “The blood is on the hands of the #NRA. Next time, let it be YOUR sons and daughters. Shame on you. May God damn you.”

But the institution of the policy was met with immense backlash.  Those opposed to it argued that the policy infringed upon First Amendment rights to freedom of speech for staff and faculty members, prompting the board of regents to review and revise the policy in April of this year.

However, the revision failed to remove the most inflammatory elements of the policy that caused the outcry in the first place. Faculty and staff members still can be fired for statements that are “contrary to the best interests of the university.”

Editor’s note: The article has been amended to reflect that the social media policy passed by the Kansas Board of Regents applies to all Kansas Regents institutions, not just the University of Kansas.