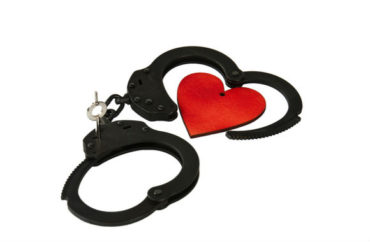 ‘My detective loves me’

The University of Cincinnati has been under federal investigation for two years for allegedly creating a sexually hostile environment against a student who said she was raped.

Now it could be on the hook for discriminating against the male student she accused.

A federal judge refused to dismiss a lawsuit against the public university by Tyler Gischel, whom it expelled after finding that he sexually assaulted the allegedly incapacitated female student, Jennifer Schoewe.

Gischel’s Title IX claim against the university for an “erroneous outcome,” procedural due process claim against individual officials and “malicious prosecution” claim against a detective in the case are going forward, under Judge Susan Dlott’s order.

In a bizarre twist, Gischel pointed to text messages between Schoewe and UC Detective William Richey that suggested they developed a “romantic relationship” during the investigation – evidence that Judge Dlott called “credible.”

In a social media post highlighted by Gischel’s legal team, Schoewe posted a photo of herself “wearing a police hat and vest with a caption that included the saying ‘my detective loves me.’”

The allegations drew public attention a year ago, before Gischel filed suit against UC, in a Cincinnati Enquirer feature with the headline “Meet the sexual assault survivor who ignited a federal investigation of UC” (below).

The criminal case against Gischel had been dropped two months earlier when Schoewe refused to give the defense the passcode to her phone.

The university also refused to give the Enquirer public records about Schoewe’s case, the paper said. (Gischel’s lawsuit against UC is unusual in that it names both accused and accuser.)

MORE: UC’s bonkers answer for why it can presume students guilty

The UC students met at an off-campus party in August 2015, where witnesses said Schoewe was “the most intoxicated person” at the party. She allegedly kissed Gischel and grabbed his penis at a pizza restaurant later that night.

Because Schoewe couldn’t remember where she lived, she allegedly asked Gischel to take her to his apartment, where he claims she “expressly consented to having intercourse,” according to Judge Dlott’s summary.

In the following days, Schoewe spoke with both her boyfriend and her mother Rebecca, who subsequently told Detective Richey she was concerned that “her daughter had been raped over the weekend.”

When Jennifer Schoewe reported the incident to the school and spoke to Richey, she claimed she had “blacked out” with Gischel not because of the alcohol she drank but “suspected she had been drugged.” (Tests confirmed there were no drugs in her system.) After the accuser decided to pursue both criminal and Title IX charges against Gischel, Richey and another UC police officer interviewed Gischel without notifying him that he was under either Title IX or criminal investigation, according to Dlott.

The Administrative Review Committee, which hears Title IX cases at UC, later declined to ask Schoewe two lines of questions posed by Gischel: “whether she had a personal or romantic relationship with Detective Richey” and “questions intended to disprove that Schoewe was incapacitated on the night of the incident.”

Though UC investigated Schoewe’s alleged romantic relationship with the detective – her own friends “reported reading text messages” where Richey said “he loved Schoewe and indicated he had given her a massage” – it concluded it could neither “support or disprove” the claim.

Richey himself denied giving Schoewe a “back massage” but admitted to giving her a pendant during her grand jury testimony to “comfort her.” (According to the Enquirer, the pendant quoted Philippians 4:13 and Schoewe continued to wear it.)

The detective, however, refused to let the university “inspect the information on his mobile phone,” according to Judge Dlott. He had “deleted all of his texts” by the time Gischel’s criminal attorney got a court order to extract texts between him and Schoewe. ‘The university might be induced to discriminate against males’

Some of Gischel’s claims were precluded by the binding precedent of the 6th U.S. Circuit Court of Appeals, the judge wrote in her analysis.

The male student does not state “plausible sexual harassment allegations” because he didn’t report Schoewe’s grabbing of his penis at the pizza restaurant, and he can’t claim “selective enforcement” of Title IX against males because he didn’t claim “a female accused of sexual assault was treated more favorably.”

But Gischel’s allegations are “sufficient to cast articulable doubt on the outcome of the disciplinary hearing,” Dlott said.

The judge cited “erroneous, or at least contradictory” evidence provided by Schoewe about her level of intoxication and the hearing panel’s refusal to pose intoxication- or Richey-related questions to the accuser.

The detective “was in a position to influence” the Title IX investigation as the only person who interrogated Gischel, and he also “obtained statements from key witnesses” and “counseled” Schoewe. Richey did not show up to the hearing.

The accused student’s allegations also “give rise to a plausible inference of gender bias,” Dlott said.

UC learned it was under Department of Education investigation because of Schoewe’s complaint a month before the Title IX hearing, and the 6th Circuit has said such federal investigations suggest “the university might be induced to discriminate against males” in proceedings.

Richey’s behavior also implies gender bias against Gischel because the detective saw Schoewe as “more than a victim,” including Schoewe’s suggestive social media post and Richey’s texts “that can be read to suggest that Richey had developed romantic feelings for S[c]hoewe,” Dlott said. (The ruling misspells Schoewe’s surname several times.)

Dlott also let Gischel’s procedural due process claims proceed because the school didn’t tell him he was under investigation after Richey’s interrogation and the hearing panel allegedly “thwarted” his attempt to “present a meaningful defense” by not posing his questions to Schoewe.

Finally, Dlott cites Gischel’s allegations that his criminal indictment was dismissed because Richey “conspired with Schoewe to fabricate or destroy evidence” in direct ignorance of court orders. Hence his “malicious prosecution” claim against the detective can proceed.